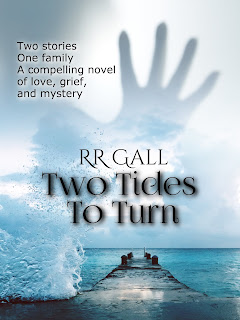 A new, gripping novel, searing the past to the present,
bringing generations together, taking one family apart.

Told in alternate chapters, located, mainly, in South-West Scotland, this is the intense story of modern-day Patrick, set against the compelling, dramatic life of his grandfather, John.

Patrick grew up never knowing his grandfather.
Why were they kept apart?
What secret split the family?

Patrick needs to find out, but only if he can unite with his own daughter, Sophie, first.
Driven by the desire to see her again, Patrick decides he must visit France to take Sophie away from the care of her mother, Patrick's ex-wife, Maria.
It does not go to plan.

Sophie nodded. I stood up, pleased. And we remained in the crowded market in Paris, holding hands tightly, filled with the thrill of being together. We smiled at each other and looked away. And did it again and again, like sneaky thieves.
Why had it taken so much courage to visit my only child? What I was about to do was right. This feeling, her smile, my joy – they proved it.
‘How would you like to go on a quest?’ I blurted out. It was meant to be kept as a surprise. For later. When we couldn’t be overheard.
‘What’s a quest?’
‘It’s an adventure. We go and solve a puzzle. Just you and me. It’ll be fun. We would have to go back to Scotland to do it. That’s where you were born.’
‘I know. Will maman come with us?’
‘No, it’ll be just you and me. Wouldn’t you like that? We can chat and laugh. And it’ll be exciting. And it is the school holidays...’
She frowned. ‘Maman won’t like it.’
‘She’ll thank us, Sophie. It’ll give her time to herself. To relax. It’ll be a holiday for her, in a way.’
‘Maybe if you said it was a quest...’
‘No!’ The word came out sharper than was meant. I smiled instantly, adding a much softer, reassuring, ‘She mustn’t know about this, Sophie. It has to be a complete surprise to her. You must keep it a secret. That’s where the fun starts. Can you keep a secret as big as this?’
‘But she doesn’t like it when I’m away. Even at her work, she misses me. She tells me that.’
‘Don’t worry – it won’t be for long. You might get to see your old friends again on the way. What do you think?’
‘I suppose.’
‘Nothing’s certain. Keep it in mind for now. But don’t tell your mummy. Do I have your word? Do you promise?’
Sophie looked up at me and nodded, with that determined look in her eyes. 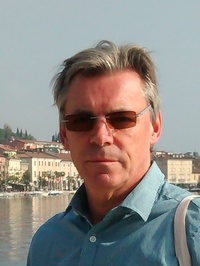 RR Gall lives in Scotland and has written: Two Tides To Turn - a mystery of family secrets; The Dumfries Detective Trilogy - a quirky crime series; the Glasgow Investigators series - A Different Place to Die and Only the Living Can Die.