She came to the outback to marry the love of her life. She just didn't expect him to be her fiancé's younger brother.

When Meghan Flanagan, a vet-nurse from Townsville, moves to Brigadier Station in outback Queensland to marry the man of her dreams, she is shocked to discover that perhaps her fiancé isn't the man she wants waiting for her at the altar. The man she's destined to marry, just might be his younger brother.

Cautious of women after a disastrous past relationship, Darcy is happy living on his beloved cattle station, spending his spare time riding horses, going to rodeos and campdrafting. He didn't expect the perfect woman show up on his doorstep. Engaged to his brother.

With the wedding only hours away, Meghan must make the decision of a lifetime. But, her betrayal could tear the family apart. She knows all too well the pain of losing loved ones and being alone.

Now that she has the family she so desperately wants; will she risk losing it all?

Set in the drought stricken plains of Julia Creek, North Queensland and the coastal city of Townsville this is a rural romance that will leave you asking: Will she marry the right man, for the right reasons?

The Brothers of Brigadier Station is the first in the Brigadier Station series and can easily be read as a standalone. Each of Sarah's stories are linked so you can find out what happens to the other brothers and your favourite characters in future books.

Sarah Williams is the bestselling author of Australian romantic fiction including the successful Brigadier Station series.

Sarah Williams spent her childhood chasing sheep, riding horses and picking Kiwi fruit on the family orchard in rural New Zealand. After a decade travelling, Sarah moved to Queensland to raise a family and follow her passion for writing. She currently resides in Maleny on the Sunshine Coast Hinterland, Australia.

When she's not absorbed in her fictional writing world, Sarah is running after her family of four kids, one husband, two dogs, a horse and a cat. She is CEO of Serenade Publishing, hosts the weekly podcast/vlog Write with Love, runs writers workshops and retreats, mentors and supports her peers to achieve their publishing dreams.

Since Graduating from Edith Cowan University in 1994 with Bachelor of Arts degree in Education, Myles was selected to attend the prestigious drama school, NIDA (National Institute of Dramatic Arts) and graduated in 1998.

He has appeared in many Australian television series including Water Rats, Home and Away, All Saints, Wildside, Double Trouble, Packed to the Rafters, Underbelly 2, East West 101, Rescue Special Ops and Sea Patrol. It was playing Nick Ryan in the internationally acclaimed television series McLeod’s Daughters that secured him a place in the hearts and minds of millions of people worldwide.

Myles has also worked as an actor with respected Australian theatre companies such as Bell Shakespeare, Ensemble and Black Swan.

He appeared in the box office hit, Wolverine, had a lead role in the critically acclaimed feature film, Thirst, a lead role alongside Sam Worthington in DRIFT (shot in WA), appeared in Tim Winton’s “The Turning” alongside Rose Byrne and Miranda Otto, featured in “Foreshadow” (also shot in WA) and has just completed filming alongside Richard Roxborough in Western Australia.

Myles has produced two short films for Trop Fest over the years and a short film called Jubulj, directed by Wayne Blair of (The Sapphires) and recently made his feature film Producing debut with Drift.

Myles continues to work in the corporate arena as a coach/facilitator and runs numerous acting classes in Perth, Margaret River and Bunbury for developing actors and children. He also runs classes on auditioning, private lessons and general workshops for acting to camera.


Myles Pollard:           Absolutely. People close to me have always said, "You should do animation. You should really get involved in doing more audio books and voiceovers and things like that." It's a different realm; it's something that I haven't really explored, but I'm so open to it. I really enjoy it, and the variety too. I can imagine doing something like a Brothers of Brigadier, which is a very clear genre. But there are other genres out there too: thrillers, horrors. Also there's non-fiction too; I'd be fascinated to do something in that realm. All of the above, please, more. I love it. 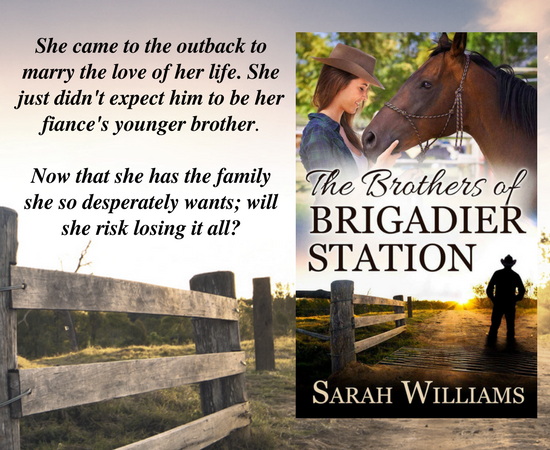 What Is That Book About

➜Sign up as a host here
2019 Audio books July