Audiobook Review: Lost in the Clouds 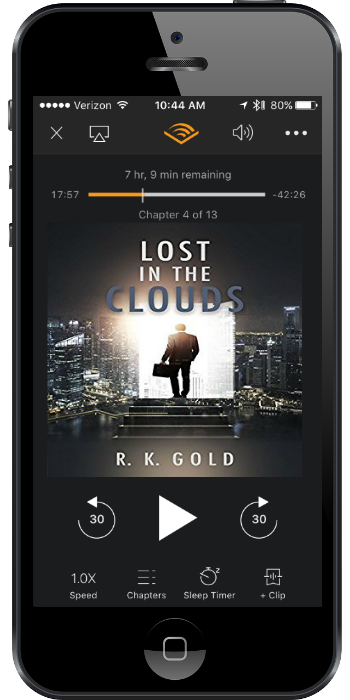 Neville Canton was about as average as any man can be. He had a mediocre job, a pleasant wife, an on-going feud with his sister, and an average case of cancer that took his life.

But death wasn’t the end of his problems and even average people have to learn to overcome.

Now trapped in a cloud between the living and the dead, he must find his way to the afterlife.

With the help of a spiritual guide he navigates through seven challenges; seven tasks to sever his final connections to the mortal world.

If he fails, he forfeits his eternity and the consequences may be worse than death.

He is a non-genre specific author who enjoys reading and writing about characters searching for their purpose in life.

Kyle is a professionally trained voice actor and narrator based in Atlanta, GA. He got his start working in sports radio, spending six seasons as a broadcaster in the Atlanta Braves' organization. He started doing audiobooks on a part-time basis in 2013, and he enjoyed telling stories so much that he transitioned into voice acting full-time three years later. He’s performed more than 20 titles on Audible across a variety of fiction and non-fiction genres. He also once had a video go viral after he took the pitch at a baseball-themed gender reveal party. 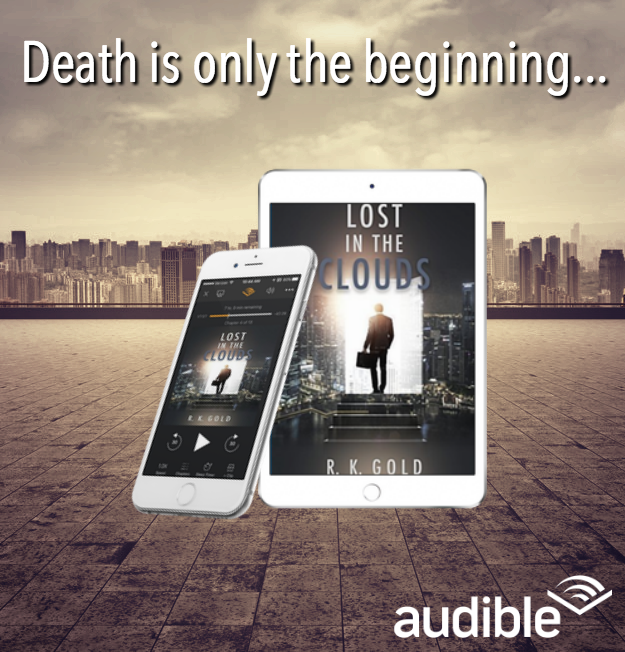 I received this audiobook as part of my participation in a blog tour with Audiobookworm Promotions. The tour is being sponsored by Kyle Tait. The gifting of this audiobook did not affect my opinion of it.

This was one of the more interesting books I have ever encountered, it took me much longer to listen to than books three times it's length because I found it quite disturbing.  I think it might have just been bad timing for me as my great aunt passed away in the midst of me listening to it and I had to combat those ideas in my head. (over active imagination).

It really made me contemplate how I am living my life and what I might to have to sort through at the end of it.  So far I am not too worried but there are things I could work on for sure.  As I am sure we all could.  I felt a great deal of sympathy for Neville, it felt like he held a lot of bitterness.

My first listen to a book with Kyle Tait as a narrator and I would seek him out again, it was an excellent production.  He did well with the characters and his voice made the book suitably haunting.

Lost In The Clouds Giveaway

Sep. 28th:
It's Novel to Me
abookandalattee