The Blink Of Denomel Promo Blitz 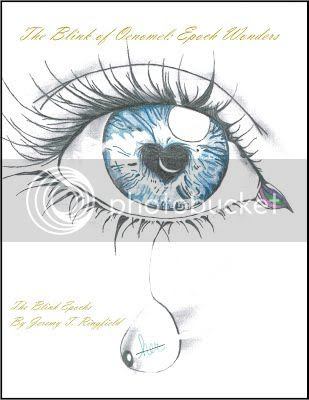 There is trouble in Valdosta, Georgia. And a whole lot of it.

Abram, a methodical 23 year-old, previously homeless, hopeless romantic, has a fierce devotion to his rendezvous with love, which is seemingly not on his schedule of life. Jec, an unassuming 19 year-old feminist and natural optimist, entertains her current relationship and search for a forever kind of love that is threatened by both, what her co-workers see in Abram that she refuses to believe, as well as what she does not see: Abram’s last seventeen minutes in jail before they met.

Everything around her tells her that her obsession with dragging out what Abram offers in their courtship will end in turmoil, but something about him keeps her coming back for more, leading her to a series of exchanged love letters that do not quite make sense, at least to everyone else. Just what makes sense for her is something hidden in her past, which nobody else may ever discover as far as she is concerned. Her stubborn focus leaves no room for distractions from the masses, and she does not want to hear it.

On the other hand, Abram has a secret he is adamant about keeping that way. He enrolls into college and moves into the apartments that Jec is employed by with his refund check to get off of the streets, catching a glance from the beautiful receptionist that would present an opportunity he had not seen before. Little did he know, his transition from his tent in the forest would be one from jail to his first room in almost two years. The jail cell talk without any cameras around to record make his last seventeen minutes in the pen with a sketchy bunkmate a do or die conversation that may explain why he became homeless, why he wrote the love letters in the first place, and if both were random at all.

I think, for the price of a pizza, the experience of the novel is priceless.

A literary ecstasy, this was not a book I wanted to lend. I had to have it.

My co-worker interjects my thoughts, “Is that lighter fluid? What is he burning out there in our fire pit? I’m telling you Jec, that dude killed somebody. You haven’t seen him around as long as I have. The way he’s always scrunching his face, looking like a stone cold killer with all that stinking thinking. Some people struggle with who they really are. And when it goes foul, you know they don’t always catch these people.”

He picks up and holds out the book I am reading titled Wait For You, and says, “Some novels you have to read twice to really see all the beauty in the nuances, but these plots don’t always end beautifully Jec. You should start reading more of them.”

I take a bite out of an apple and stop scratching my thumb across a squiggled smear on my permanent marker to look out the window as I reply to my front desk co-receptionist, “Bobby, you’re being ridiculous. It just looked like he pulled some papers from a box and threw them into the pit. Hey, where’d he go?”

Bobby answers quickly, “No really, have you seen him using his hands on the street? He’s probably practicing some lethal judo that nobody knows right now. Hi-yah!—”

At the sound of the front door bell I tried to smother my giggle in professionalism, but I no longer found it necessary to suppress as the blurry silhouette of the person entering the front door became clear and my laughter came to a sudden halt.

It is the guy from the fire pit of whom Bobby was just joking about that is now approaching the front desk where I sit, and my heart rate begins to decrease as I feel the baritone boomp-boomp in my chest getting slower. But I cannot not look away, for he looks as if he got ran over by a train this morning from this closer view and I am not sure what is about to happen next.

I think, have we not already asked what of vanity is so serious? Or is our ultra-modern scientific understanding unresponsive to the inward call of good will? Does it need a new face?

But there is something underneath the wreckage that is dark, and handsome. I’ve got a secret thing for bad boys, and this one looks like just the right amount of danger.

I inhale a deep slow breath of air just before he begins to speak.

“May I ask for the keys of the apartment I am renting please? Here is my check. My name is Abram Wedger and I am two weeks late from my move-in date.”

I let out a long slow breath.

He is gazing directly into my eyes and for a brief moment I felt I knew.

“Of course” I tell him, and then proceed to retrieve the keys to his apartment in the file cabinet. As I turn in my chair, I clumsily knock the pen holder onto the floor, scattering a few pens and pencils. I blush, then kneel to the floor, placing a knee on the ground as I pick up the utensils that are nearer to my front foot. I hastily return the pen holder to the counter trying to save face before walking to the back office and realizing one of my earrings fell out of my ear.

What is wrong with me?

As I go to hand him his key and re-washable cup, I remind him that “the lobby coffee is free”, and he glances at my name tag.

I lazily connect my last sentence with the next, saying “Jec, for short”.

He pauses, then shakes his head and asks “What if I want to call you something different?”

I meet his eyes with a stare of my own, slow to respond, blink, and say “It will be okay Abram.” His face scrunches for a moment and his eyes look as though he is wondering straight through me. My glance falls deeper into the hole of an eye, and I see a marble in the night, the dark side of a full moon, which can be plucked right out of the sky to place a piece of the void heaven filled should I grab it and tuck it into my pocket.

The ascension falling as the walls collapse to drop a cloud in his ear, a long fiber weaves my wonder, wherefore out there did he discover?

And I conceived a thought of a single droplet, enough months from now, falling into a gravitationally absent drip time has lost, and him not.

Before I can tell if he eased his facial expression, he walks off keys in hand without another word.

“See, I told you. Killer” Bobby says flatly, and I just return to checking my emails.

Jeremy lives in Colorado Springs, Colorado. He grew up in the south Atlanta area, where he eventually earned a football scholarship to Duke University. After experiencing enough life to form his own opinions, he enjoys sharing some with friends, reading, watching fantasy thriller and romance films, listening to music, and jogging when he is not writing.
He writes new adult fiction.
Jeremy would love to hear from you. Follow him on Twitter @JTRingfield, friend him on Facebook, or visit his webpage at www.jeremytringfield.com