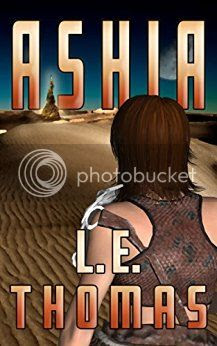 Plagued by nightmarish visions of apocalyptic battles and burning victims crawling across the desert sands, the slave girl known as Shanda has been trying to keep her growing gift hidden from her abusive master as she knows being able to see images of the future is a cursed gift carrying the King’s ultimate punishment.
But as her tribe seeks solace from the deadly raids by the Mazomi Clan in their magical airships by moving toward the legendary Spire of Ashia, Shanda discovers her past will soon clash with a dangerous future.
A new epic tale full of adventure and discovery by the author of Star Runners, Ashia brings you a story of a world mired in secrets, oppression and a decades-old cover up that could alter the course of events for the entire planet.
This book is a sci-fantasy novel. 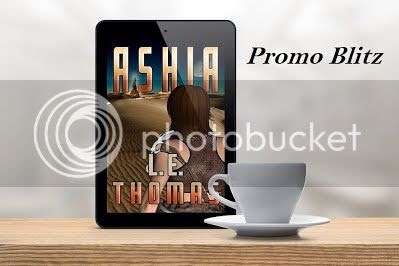 The Royal Guard surged forward like a living wave. Grev cut through the men, his sword slashing through their flesh like a rabid animal. He ignored his tiring muscles. He couldn’t feel the wounds from counter attacks, his blood igniting like the fires of the stars.

Spinning, he hurled guards into their comrades, using the close quarters of the hall to his advantage. He yelled as a knife penetrated his bicep. Without stopping, he yanked the weapon from his body and hurled it through the face of an attacker.

A force hit him from behind—an arrow piercing his back. He fell to his knees, swinging his sword with his remaining strength. A blade hit his forehead, splitting his skin. Warm blood spilled into his eyes. Strong hands clasped his shoulders, preventing him from falling into darkness.

“At least, you cannot have my wife,” Grev breathed, his muscles failing as the guards restrained him to the floor. “She has fled beyond your reach.”

The Baron stepped forward, a torch in his hand.

“Oh, no, my dear Captain, we already have her.” He held the fire close to Grev’s face and laughed. “The Captain of his Royal Guard. Bah!”

Blunt force thumped into the back of his head and darkness took him. 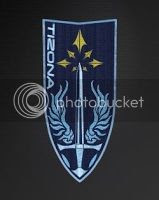 L.E. Thomas lives in Georgia with his wife and rescued dog where he is currently working on his next novel.