Wendy has to make a life-altering decision... 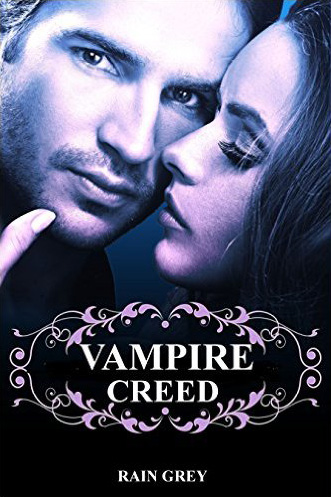 
Barnaby Blaine Rice was a Vampire born in the depression with a very special power to see who people truly were. After a long, empty existence of witnessing the darkest points of humanity, Blaine happens to encounter a beautiful married woman named Mary Slate. Unable to handle his love for the beautiful human, Blaine accidentally kills another Vampire over her and is put under a serious debt with the Vampire Council.

Blaine reluctantly forces himself to forget the woman and allows her to live her life without his intervention. It wasn’t until 50-years-later that the distant memories of the captivating Mary are brought back to the surface. Blaine has the pleasure to encounter the young Wendy Slate, granddaughter of Mary Slate after a criminal vampire keeps her hostage. Blaine got there in time to stop the criminal, but not to stop the beginning of Wendy’s transition into Vampirism.

As he was forced to sire her into this new world, he discovers that Wendy is the most amazing person he’d ever met. Wendy has to make a life-altering decision as Blaine has to deal with his blooming feelings for a woman who was identical to his first love. This modern love story introduces the most influential turning point of these lover’s lives.

Rain Grey is a psychologist by profession. However, she has been writing books since she was fifteen years old. She loves anything supernatural and her favourite genres are vampire romance and ghost fiction. Her home in England is close to the town of Stratford Upon Avon, where William Shakespeare was born.