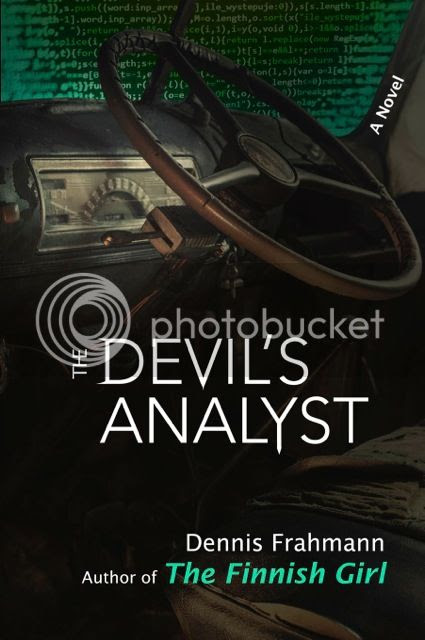 Danny Lahti had it all: fame, fortune, friends, love - and an obsessed stalker.
Obsession can be a powerful curse. What happens when you think your world is perfect, but someone behind the scenes is determined to test you in every way possible? As the clock ticks toward the year 2000, Danny's world starts unraveling without explanation. An unknown hacker unleashes a digital attach on his Internet company just months before its public debut. A prowler attempts to break into his historic mansion which houses, according to Hollywood rumor, secret vaults. A long-time friend goes missing. Is it all coincidence, or are these just the first feats by a crazed admirer determined to force the truth from Danny?
And what is the truth? The complicated days that follow force Danny to have another look at his own relationships, misdeeds, and damaged past. But will he ever learn the lesson that will satisfy the devil who taunts him?

Midnight
Twenty minutes to midnight, and the ice on the frozen lake outside cracked. The loud reverberations of winter echoed through the night and invaded Danny Lahti’s peace.
Danny was prepared to let time  move  forward  in   whatever incremental way  it chose. At that moment . . . sitting on a sofa  in  an enormous  room  near  midnight  .  .  .  huddled  within  a  century-old hunting lodge  of a long-dead lumber tycoon . . . on  the shoreline of a lake  nearly forgotten in  the isolated woods of  northern Wisconsin, Danny Lahti was not concerned about the potential for a technological apocalypse as time turned to the year  2000.
But  he  did   feel   on   the  brink. Something was   about to  happen. Things should change;  they needed to change. He  couldn’t  really say why.   Danny never  felt he  was   the   introspective  type.  But he   had always felt connected to a larger universe, one  in  which he  received premonitions of what was to come.
The  end  of the century. Or maybe the start of a new  millennium. It depended on  the pundit. But  computers only  knew what they were programmed to  know, and   they weren’t  programmed to  deal   with changing from 1999  to 2000.  Maybe early computer  scientists never thought about a century starting anew. December 31, 1999  could prove an  existential threat. They called it “Y2K.” Who knows, maybe every generation deserved its opportunity to restart the clock.
For   Danny,  his   past  was   too  painful,  but   the  future  felt  too uncertain. In a way,  his life could be the snowdrift-covered lawns that surrounded  this house. On  the surface, the drifts were unblemished and  glistening in the weak  moonlight. But beneath their surface, under the  shapeless accumulated flakes,  were the  remains of years of living. If Danny had  the time and  the tools and  the  energy, he  could shovel his  way  into discovering the   dead flowerbeds, the   abandoned lawn furniture, and  the  century’s worth of trails across the  grounds. But who could be  bothered?  Eventually, the warm sun  of  spring would surely melt the snow. Just wait. The  past would be exposed.
Danny had  always been the kind  of person willing to wait. When he was only  twelve, his mother committed suicide and  he found her dead body. He  waited then,  always expecting someone  would eventually arrive  to  explain  what  had   happened  and   why.   When  his   father withdrew   into   a   hermit-like   life    that   barely  acknowledged  his adolescent son’s existence, Danny still waited. Someone would surely make his  father forget his  dead wife  and  remember his  child. He  was still waiting.
And  when Josh  came into his  life,  promising an  escape from these cold  woods into the warm, loving life  of the Los  Angeles sun,  Danny followed and  waited for Josh’s direction.
He  waited. He  always had.  Perhaps he  always would. It was  his nature not to rebel and  not to question, to try to be good  and  not rock the   boat.   A  new   year, a  new   century, a  new   millennium, not even “Y2K” could change that. Because Danny Lahti had  never been able  to find  the  energy to  grab the  reins of his  own  life. And  he  didn’t intend to start now.  And  yet something was changing. He felt it.
The  ice cracked again.  Nineteen minutes to midnight.

Dennis Frahmann is a former journalist and marketer,who now resides in Cambria, CA. He is the author of two other novels: Tales from the Loon Town Cafe and The Finnish Girl.