Tears of The Silenced Book Blast 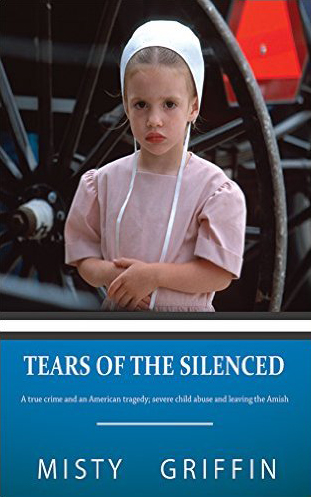 
One freezing morning in early March I made a dash for a tiny police station in rural Minnesota. I was a frightened Amish girl with nowhere to go, a second-grade education and no ID or social security card... Based on the authors tragic true life story.

When I was six years old my family started to live and dress like the Amish. My sister and I were kept as slaves on a mountain ranch where we were subjected to almost complete isolation, sexual abuse, and extreme physical violence. My step-father kept a loaded rifle by the door at all times and we were to terrified to try to escape.We knew that no rescue would ever come because only a couple of people even knew we existed and they did not know us well enough to care.

In my late teens, my parents feared we would escape and took us to an Amish community where we were adopted and became baptized members.I was devastated to once again find myself in a world of fear, animal cruelty and sexual abuse. Going to the police was forbidden. A few years later I was sexually assaulted by the bishop, I knew I had to get help and one freezing morning in early March I made a dash for a tiny police station in rural Minnesota. When I refused to recant my police report I was excommunicated from the Amish and found myself plummeted into the strange modern world with only a second-grade education and no ID or social security card.

To all abuse survivors out there, Please be encouraged, the cycle of abuse can be broken. Today, ten years later, I am a nursing student working towards my Masters degree and a child abuse awareness activist. This is my story...

I looked at the clock. It was only a little past 6:30, meaning I had been asleep barely two hours. I was still sleepy but I figured there was no use trying to sleep with the children running about in the hall. I began taking off my worldly clothes. Samantha had left a royal blue dress, green apron and white kapp hanging on the door with a note.Tomorrow is church Sunday and the bakery is open today, so I have a lot to do. Please wash off your makeup and don’t forget to take out your earrings. Put all of your belongings on the high shelf in my closet so the girls don’t get into them.BethI sighed after I read the note. It was as if she had not been present during our conversation the night before, I thought. Slowly, I took off my skirt and flowered blouse. I stopped when I got to my bra and lace slip. I was not about to walk around without a bra for anyone. I hoped no one would notice. My hands shook a little as I slipped the dress over my head and out of pure habit I gathered the collar at the front and deftly began pinning down the front of the dress. I took the towel off of Samantha's mirror and gasped when I saw myself in the Amish dress. It was like I was living out the nightmares that had been haunting me so. I was Amish again!I wished that I had not agreed to dress Amish while I was there, but knew I would not have been allowed in otherwise. I felt like I had let my guard down and allowed them to reach out and reel me back in using my sister as bait. It could not be helped now, though, I thought as I tucked in the front dress bodice and pinned the blue apron at the side. I put the light green work apron over the front of the dress. Methodically, I brushed back my long hair, rolled it into a flat bun and secured it in place. As I was taking out my earrings, little Sarah popped her blonde head through door to tell me it was time for breakfast. Her eyes lit on the sparkling earring that was still in my ear, and I saw her eyes widen in surprise.“What is that?” she asked, pointing at my ear.“Oh, nothing,” I smiled at her as I quickly removed it.She stood there staring at me for a moment, and then scampered down the stairs. Quickly I wiped my face with one of my disposable towelettes and then stowed everything high in Samantha’s closet. I looked in the mirror one last time and fiddled with my bangs, which were falling insistently down over my face.At the top of the stairs, I stopped for a moment. Familiar morning sounds floated up to me. The muffled sounds of Pennsylvania Dutch chatter danced about my ears, and the cozy winter morning with its wood stove smell not only reminded me of my life in the Amish church but also of my life on the mountain. These things represented the first twenty-two years of my life, no one would ever understand why they were important, even if I tried to explain it to them in depth. Even though those years had been full of terrible things, being back amongst familiar surroundings also brought with it reminders of the things I had loved in life. I always loved the smell of the wood stove in the early morning hours, the coziness of soft lamplight and the smell of breakfast before it was even light outside. All of those things made me feel at home.No matter how bad home was, it was still home, and home is something that will always be a part of you, something that helps define your life. Whether or not you chose to repeat what you learned at home in your life—whether you did better or worse—home would always be there with you. It was so hard to resist the tug that pulled at my heartstrings that morning.Slowly I walked down the steps, not at all anxious to meet Annie or the Deacon. I knew the older children would remember me from when they lived in our community, and I hoped that they would not ask any questions. I guess that they had already been given a stern warning not to talk to me, but I was not sure if they were aware that I was under the Meidung. Usually, non-church members did not know too much about these happenings, except that if someone was in the Bann, they had done something bad. 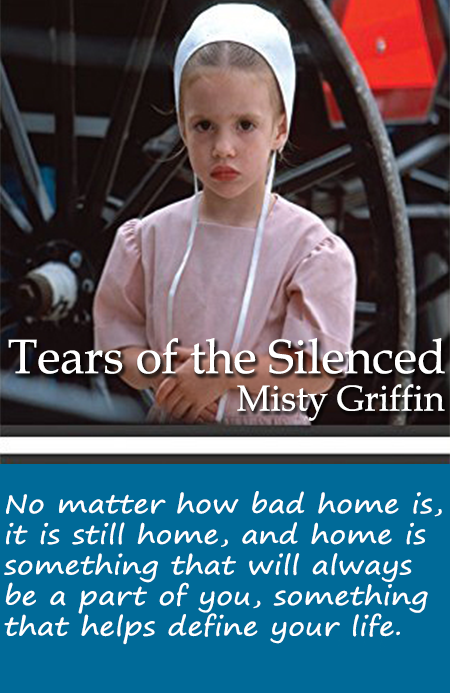 It has been ten years since Misty left the Amish. She was shunned (outcast) after she refused to recant her police report against the Amish bishop who sexually assaulted her. Calling the police is completely forbidden among the Amish. She is the survivor of horrific child abuse and hopes to inspire people with her life’s story. It is her sincere wish to show people that no matter what you have been through in life the impossible is possible. Her life’s story proves this motto.

Misty is currently a nursing student and the recent author of her memoir  Tears of the Silenced. She is also an active advocate for child abuse and sexual assault awareness.