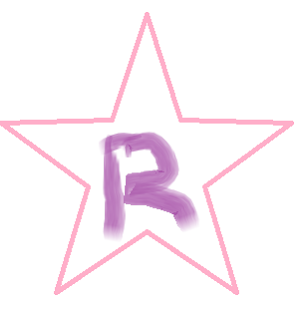 I have to say I really enjoyed my R book, it almost sent me down another series rabbit hole, but I resisted as I am so close to the finish line.  So close....

For R I read Rise of the Dragons by Morgan Rice, which is a book that Ace has read in French when we went though a kick of downloading French Kindle books and enjoyed. 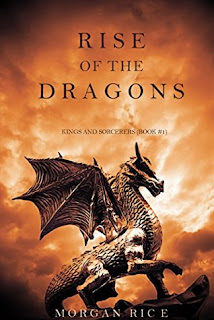 Kyra, 15, dreams of becoming a famed warrior, like her father, even though she is the only girl in a fort of boys. As she struggles to understand her special skills, her mysterious inner power, she realizes she is different than the others. But a secret is being kept from her about her birth and the prophecy surrounding her, leaving her to wonder who she really is.

When Kyra comes of age and the local lord comes to take her away, her father wants to wed her off to save her. Kyra, though, refuses, and she journeys out on her own, into a dangerous wood, where she encounters a wounded dragon—and ignites a series of events that will change the kingdom forever.

15 year old Alec, meanwhile, sacrifices for his brother, taking his place in the draft, and is carted off to The Flames, a wall of flames a hundred feet high that wards off the army of Trolls to the east. On the far side of the kingdom, Merk, a mercenary striving to leave behind his dark past, quests through the wood to become a Watcher of the Towers and help guard the Sword of Fire, the magical source of the kingdom’s power. But the Trolls want the Sword, too—and they prepare for a massive invasion that could destroy the kingdoms forever.

With its strong atmosphere and complex characters, RISE OF THE DRAGONS is a sweeping saga of knights and warriors, of kings and lords, of honor and valor, of magic, destiny, monsters and dragons. It is a story of love and broken hearts, of deception, of ambition and betrayal. It is fantasy at its finest, inviting us into a world that will live with us forever, one that will appeal to all ages and genders.

This is a fantastic start to a series, the characters are well introduced and there are many questions raised that make you want to keep reading.  Which is what I would have kept doing if I had more time.