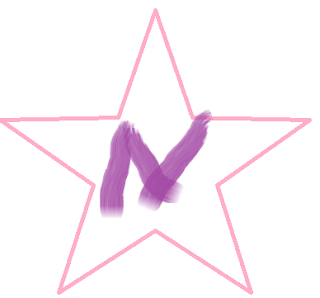 So far I have read an interesting mix of books and have more or less enjoyed it.  This was about the point where my attention started to go though and I started reading for fun again rather than reading books for the challenge.  Then I realized that I still had seven more books to read and it was March 30th.  Oops!

My book for N was Nellie by Cynthia Woolf. 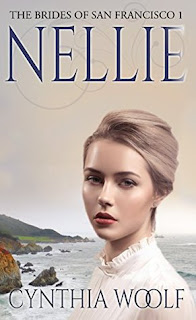 Nellie Wallace is a young widow with two children. In post civil-war New York, the men are scarce and none want the burden of a wife with children. Her dead husband's family is wealthy, and cruel. Desperate to escape their influence, and eager for a home, a husband, and a stable life for her children, Nellie decides to make a new life in San Francisco as a mail order bride.

Saloon owner Blake Malone is a bachelor and likes it that way. He worked hard for everything he has, but the San Francisco City Council won’t approve his plans to build a family emporium unless he is a family man himself. The solution? A mail order bride from New York who will bring him a ready-made family, stability, and the council's approval.

Blake expects his future wife to care for his home and, other than helping him impress the city council, to stay out of his business. He expects life as usual. What he gets is an unexpected desire to win Nellie's heart, a dangerous threat to his new bride, and a rich benefactor determined to steal his new family out from under him. Blake believed his battle for success a hard one. But he will discover that the battle to win Nellie's heart and keep his family safe is going to take everything he's got.

First I just have to say that every time I read Nellie's name I thought of Nellie Olsen from Little House on the Prairie even though the two characters are nothing alike.  That's just how my mind works.

I did not think that I was going to like a book about a mail order bride, but the free Amazon book lists that I subscribe to seem to be full of them so I was bound to read one at some point during this challenge.  I am glad that this was the one that I wound up reading.  It is fantastically well written and very easy to read.

Nellie is a fantastically strong female character who is looking to take care of her family the best was that she can in what is very much a man's world.  The love that blossoms between herself and Blake is beautiful and strong and in no way as corny as I thought that it was going to be.
2016 A-Z Challenge April books Cynthia Woolf Nellie reading reviews