Here I am, a day late AGAIN.  But I am updating so there's that.  Packing to move children is terrible, I remember it being easier last time but I had one less kid and he was only just over a year old and had so much less stuff.

Ready. Set. WRITE! is a summer writing intensive that provides an opportunity for us to cheer each other on wherever we’re at in our writing—planning, drafting, or revising. This year, RSW is being hosted by Alison Miller, Katy Upperman, Erin Funk, Elodie Nowodazkij, and of course,  Jamie Morrow which is how I found it.

This week's check up is looking a little better.

I did write a few words on my WiP, literally I think in amounted to maybe three or four sentences. :( I DID NOT find my summer hats, we took Cat to the beach and I have a nasty sunburn as sunscreen was not enough. 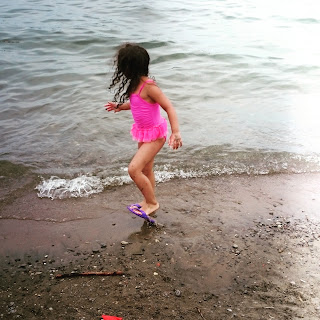 I also DID NOT go see Antman or schedule pick up of stuff to be donated.  I did get stuff packed but not near my target.  This working full time, trying to amuse a kid and packing up a house thing is hard.  Not to mention trying to sneak in time to write and blog.

3.  A favorite line from my story OR one word/phrase that sums up what I wrote/revised:

He was still a little shaken from the phone call actually, he had never had an interaction with the supernatural world before moving to Toronto.

4.  The biggest challenge I faced this week (ex. finding time to write):

Deciding what to do first.

5.  Something I love about my WiP:

Working on it, because even three or four sentences is better than nothing and closer to being done than I was before.