January 09, 2015
Earlier this week one of my favourite bloggers released a book and I am more than delighted to take the opportunity to tell you to go check it out.  I am in love with the artwork, it just looks like a super fun read. 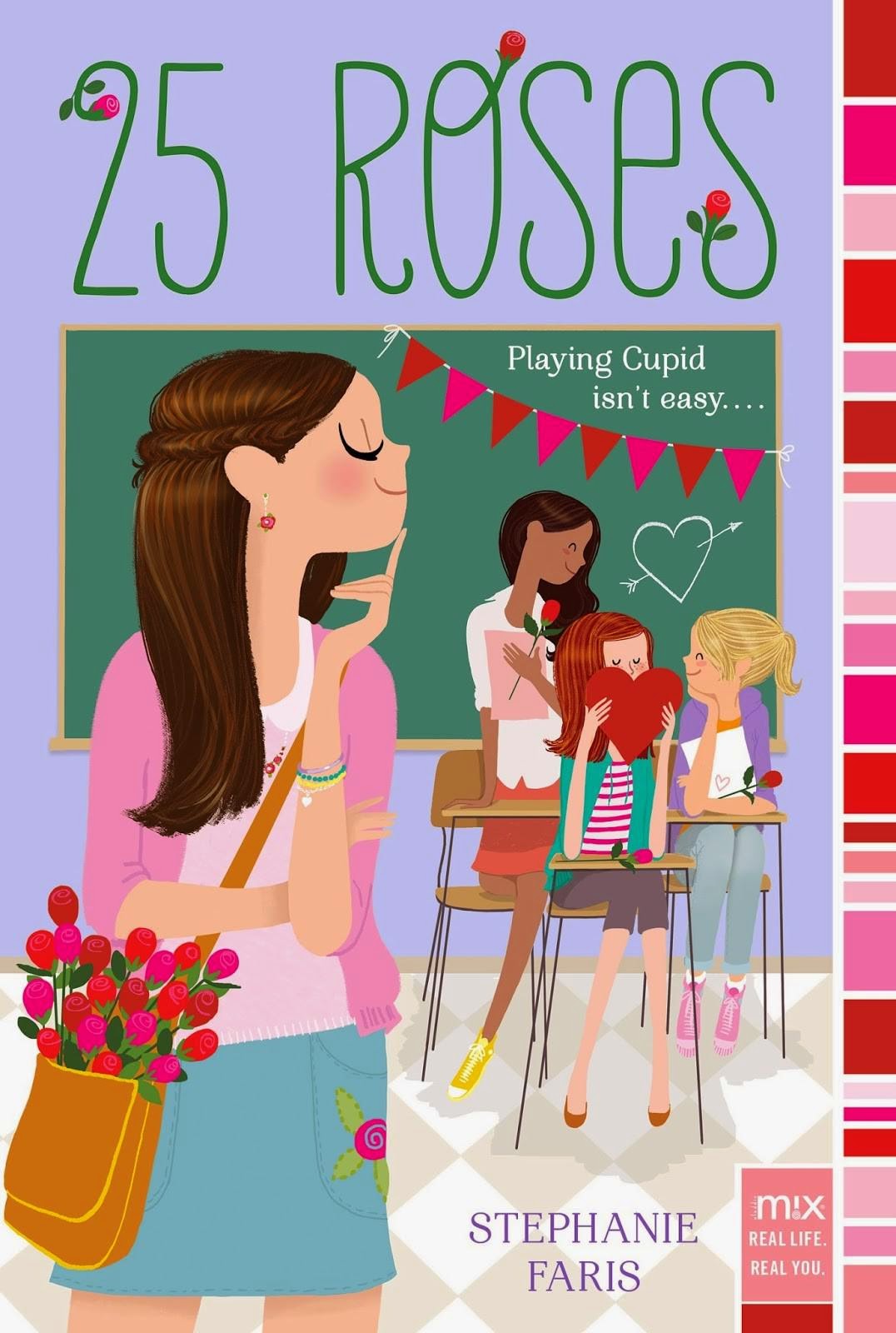 Mia moves from the shadows to the spotlight when her matchmaking plans go awry in this contemporary M!X novel from the author of 30 Days of No Gossip.

Mia is used to feeling overlooked: her perfect older sister gets all the attention at home, and the popular clique at school are basically experts at ignoring her. So when it’s time for the annual Student Council chocolate rose sale, Mia is prepared to feel even worse. Because even though anyone can buy and send roses to their crushes and friends, the same (popular) people always end up with roses while everyone else gets left out.


Except a twist of fate puts Mia in charge of selling the roses this year—and that means things are going to change. With a little creativity, Mia makes sure the kids who usually leave empty-handed suddenly find themselves the object of someone’s affection. But her scheme starts to unravel when she realizes that being a secret matchmaker isn’t easy—and neither is being in the spotlight.

To: Stanton Middle School
From: Mia Hartley
This place could use a real-life Cupid.


I don’t ask for much. A ride to school without listening to my big sister Kellie gabbing on the phone with her BFF Margeaux. Maybe a few minutes where Mom actually listens to me instead of Kellie. Oh, and extra room in the back seat to set a box full of notecards to attach to chocolate roses so I don’t have to hold it in my lap all the way to school.

Unfortunately, none of those things were happening. My sister was doing the whole, “And then I said, and then she said” thing while my mom ignored my questions about dropping me off at school first. The cards in the box on my lap had to be filled out for our Valentine’s Day sale, which was a huge deal in my school every year.

Why did I have the box? Blame it on my desire to be liked. I signed up to help sell these because my BFF wanted to do it. And because if you did things like this, people knew who you were. It was nicer than being invisible, I figured.

Why was the box on my lap? Good question. Because my cheerleader-slash-homecoming attendant-slash-most popular sophomore at Stanton High School sister had to have a place for her stupid science project. Which she’d probably get an A-plus-plus on because, in case it wasn’t obvious, she’s perfect—the golden child.

I, meanwhile, have never gotten a carnation, rose, or even a pile of fake doody from a boy. Today my best friend Ashleigh and I sell chocolate roses before school, then tomorrow—Valentine’s Day—we hand those roses out in first period. That was when things would really get boring.

If this year was the same as last year, we’d take orders for cards, only to find they were all for the same eight people. But this year, instead of watching other people hand out the cards, it would be me and Ashleigh. We’d have to pass out roses to those same eight people while people like me, my best friend Ashleigh, and most of the rest of seventh grade would be left sitting there, looking like nobodies.

“You’ll be at the game Friday night, right?”

I frowned and wrinkled my nose. It was an automatic reaction to her “game requests.” If Kellie had been looking at me, she would have been mad. I went to six football games last fall because they were ‘big games.’ Now it was basketball season and a new round of ‘big games’ was about to start. Gag.

“I have a sleepover,” I said. I didn’t, but I was pretty sure I could get one together. I just had to talk to Ashleigh about it.

“But it’s the biggest game of the year,” Kellie whined. “You’ll miss my back handspring.”

I’d seen Kellie’s back handspring. And her round off. I’d also seen her back layout with half twist and every jump and split known to man. I had a pretty good feeling I knew what it looked like. Besides, after a while, all that showing off made it look like someone flopping across the gym floor to me.

It was kind of a rude thing to say, but it felt really good. A surge of adrenaline actually shot through my body when I said it. It was about time I tried to point out that out to everyone because, even now, I would swear my parents think my world revolves around Kellie like theirs does.

“Mia!” Mom scolded. I’m not sure why she was whispering, since Kellie was sitting closer to her than I was. But the good news was, while my brain was working overtime trying to come up with a way to get out of this without apologizing, the car slowed to a stop and I realized we were in front of my school.

“What’s with that box?” Kellie asked. “Some super-secret spy stuff?”

I could tell she was being sarcastic, but I guess I deserved it after what I’d just said. “Valentine’s Day stuff.”

Kellie perked right up. “I did that once,” she said. “Ours were carnations in different colors.”

“White for friendship, red for love?” Mom asked. “We did that when I was in school.”

“What was yellow?” Kellie asked Mom. “I thought yellow was friendship.”

While they hashed that out, I opened the box and looked inside. Stacks of cards, all ready to be filled out. We just had to sell them.

I hadn’t been listening to the conversation, so I wasn’t sure how that had come up. I just kept going through my cards, making sure they were all stacked evenly.

“You mean one of those things where you spend the night in your school gym?” Kellie asked.

“This one will be at the sportsplex,” Mia replied, feeling a little defensive. “There’s ice skating and pizza and all kinds of other stuff.”

The lock-in would be fun, but if anyone thought that was why I was fighting to sell more roses…wrong, wrong, wrong. Winning the lock-in would show everyone I could do something. I’d be something besides invisible for a change. I really, really wanted that.

“It runs in the family,” Kellie said. “Our seventh-grade class won a big pizza party-movie day when I was in charge of sales. It’s so easy to do. Tell the guys with girlfriends if they don’t buy flowers for them, their girlfriends will be mad.”

I frowned. I didn’t know very many guys with girlfriends. Even if I did, that wouldn’t work. Even in seventh grade, Kellie had been drop-dead gorgeous. All she had to do was walk up to a boy and he’d buy all the flowers she had.

“Get your friends to buy roses for you,” Kellie said, spinning around to look at me. “I got five roses in each color. That made us so much money. It works. Try it.”

I stared at her for a long moment. As annoying as Kellie’s perfectness was, she was a super-good sister. How could I ever be mad at her? Plus, she seemed to have no idea that I was a total loser compared to her. She always seemed to think I should be able to do whatever she did. It was annoying—and it made me feel bad for being annoyed.

Thankfully, Mom had pulled up in front of the school by then. “Gotta go,” I said, reaching for the door and jumping out, balancing the box under one arm as I closed the door. I took off for the front door so fast my backpack bounced against my back in an annoying way. 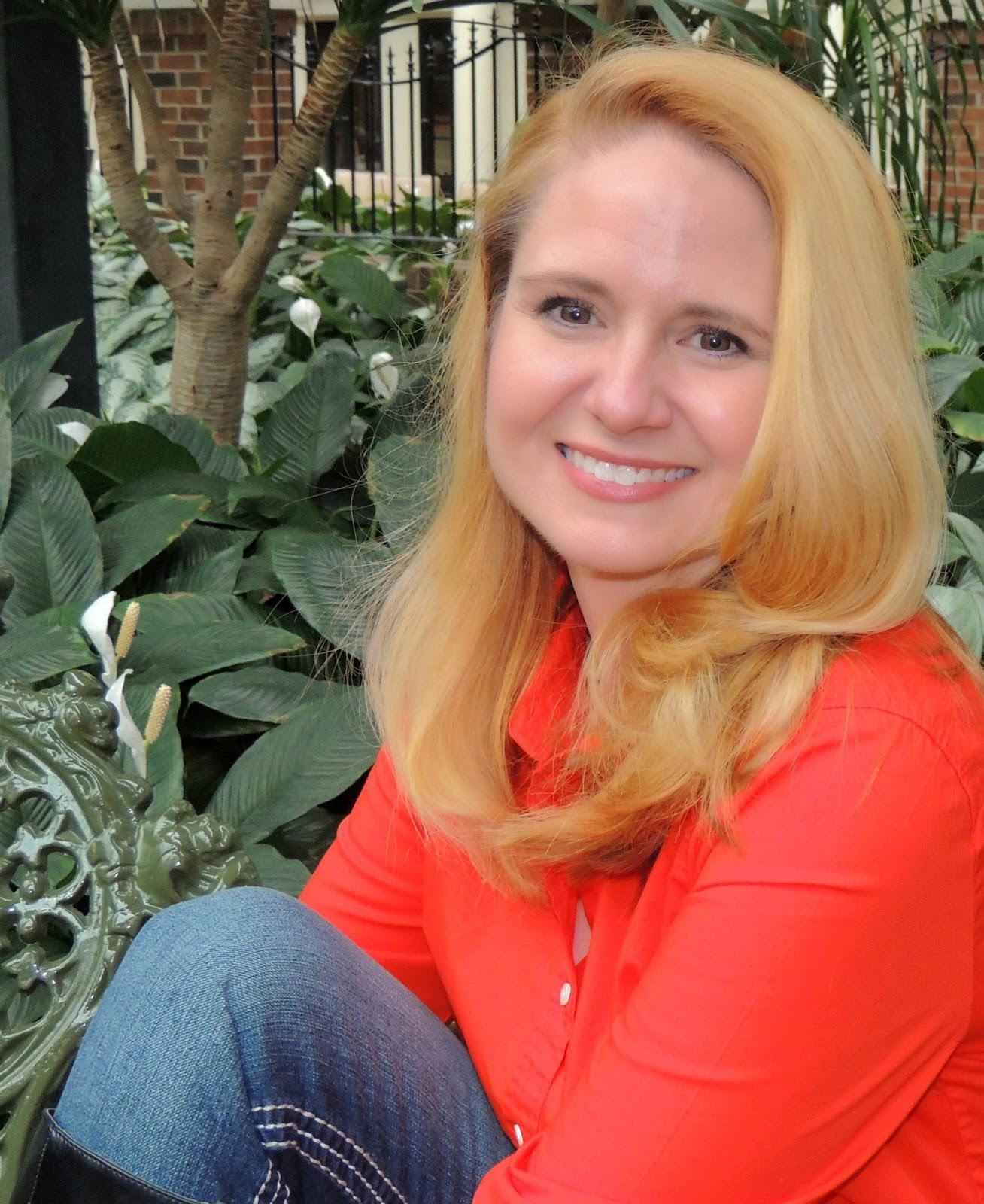 Stephanie Faris knew she wanted to be an author from a very young age. In fact, her mother often told her to stop reading so much and go outside and play with the other kids. After graduating from Middle Tennessee State University with a Bachelor of Science in broadcast journalism, she somehow found herself working in information technology. But she never stopped writing.

Stephanie is the author of 30 Days of No Gossip and 25 Roses, both with Aladdin M!x. When she isn’t crafting fiction, she writes for a variety of online websites on the topics of business, technology, and her favorite subject of all—fashion. She lives in Nashville with her husband, a sales executive.