May 16, 2014
Fan Expo last year marked an exciting time for me, it was Cat's first time experiencing a con.  I didn't get to take Ace to his first con so I was very excited about this.  Sadly I spent most of the day brutally sick, so most of what she experienced was playing with her shield to amuse herself while Mommy tried not to let her know how bad she was really feeling.

We started off the day having at look at the Star Wars stuff, Cat was all entranced with R2D2 when this guy here came up and tapped her on the shoulder. 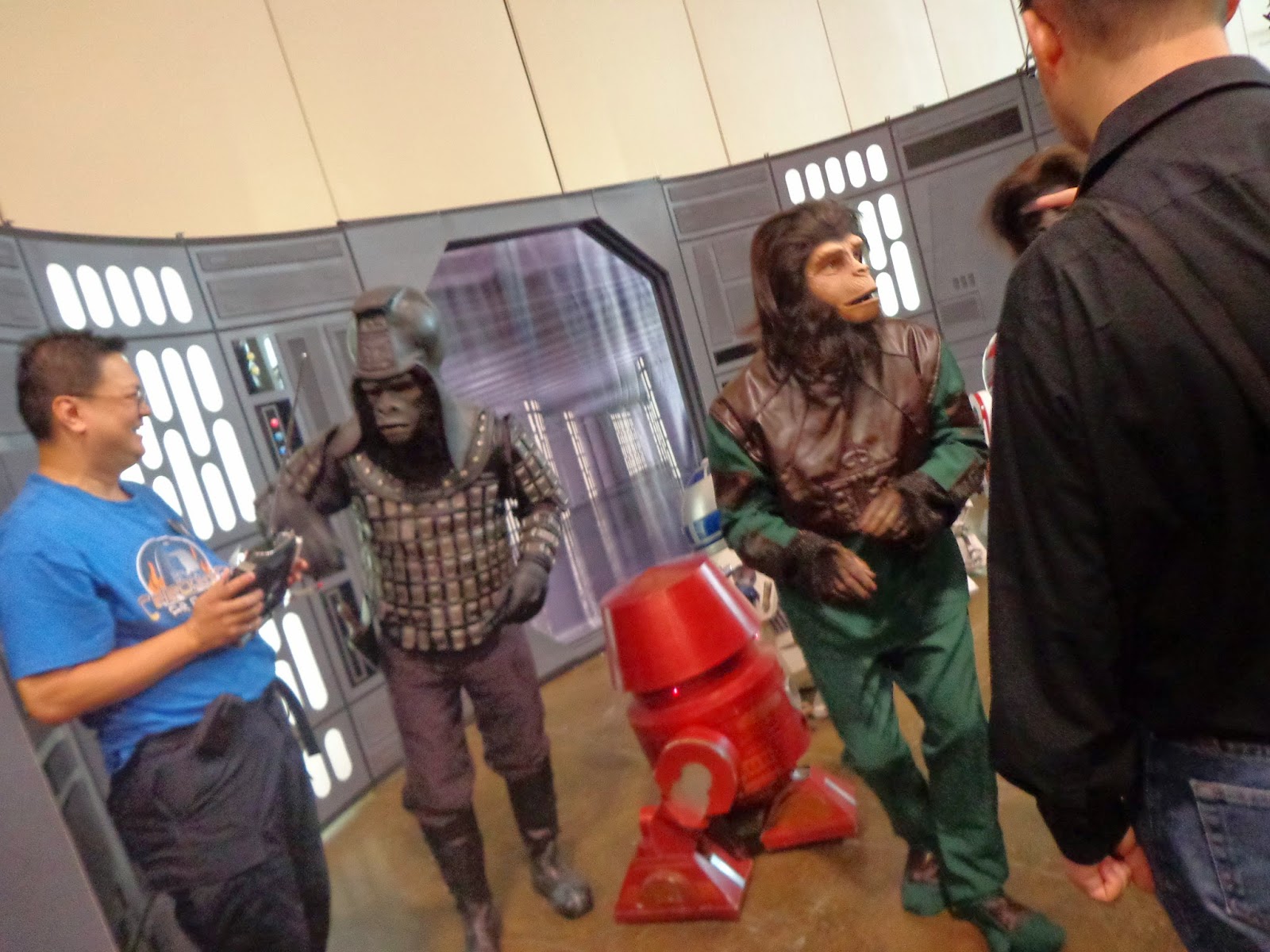 Want to see a little kid freak right the hell out?  Do something like that.  I was carrying her FOREVER before she calmed down. 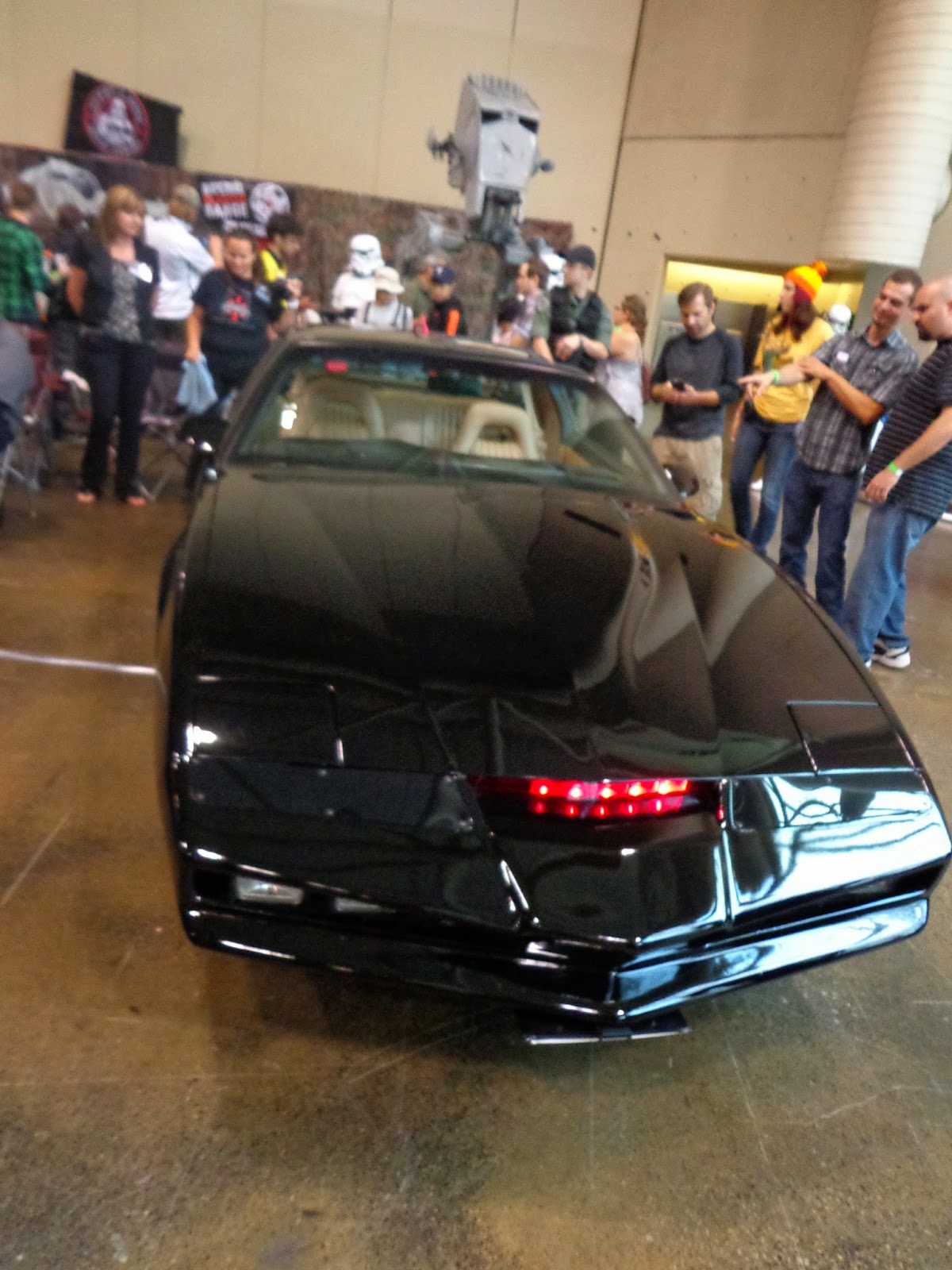 This was my big excitement for the day, sadly when you only go with a four year old there is no one to take pictures of you.  I suppose you could always ask someone, but I was not at that point yet last year.  Now I wouldn't have so much of a problem with it.

Cat's favorite part of Fan Expo was the Lego Hobbit House and she is already anticipating the Lego display this year. 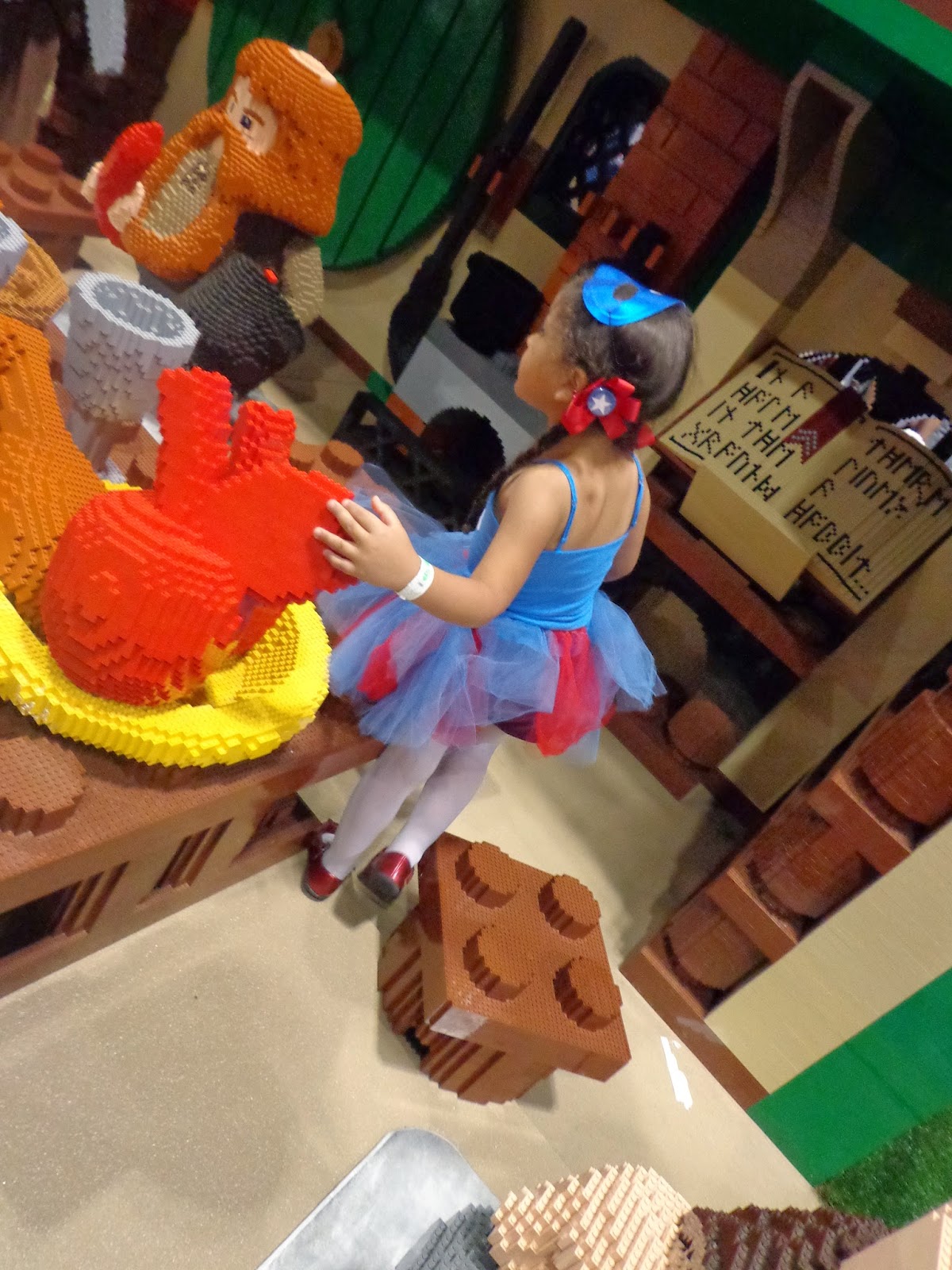 It was just perfect though since everything was her size. 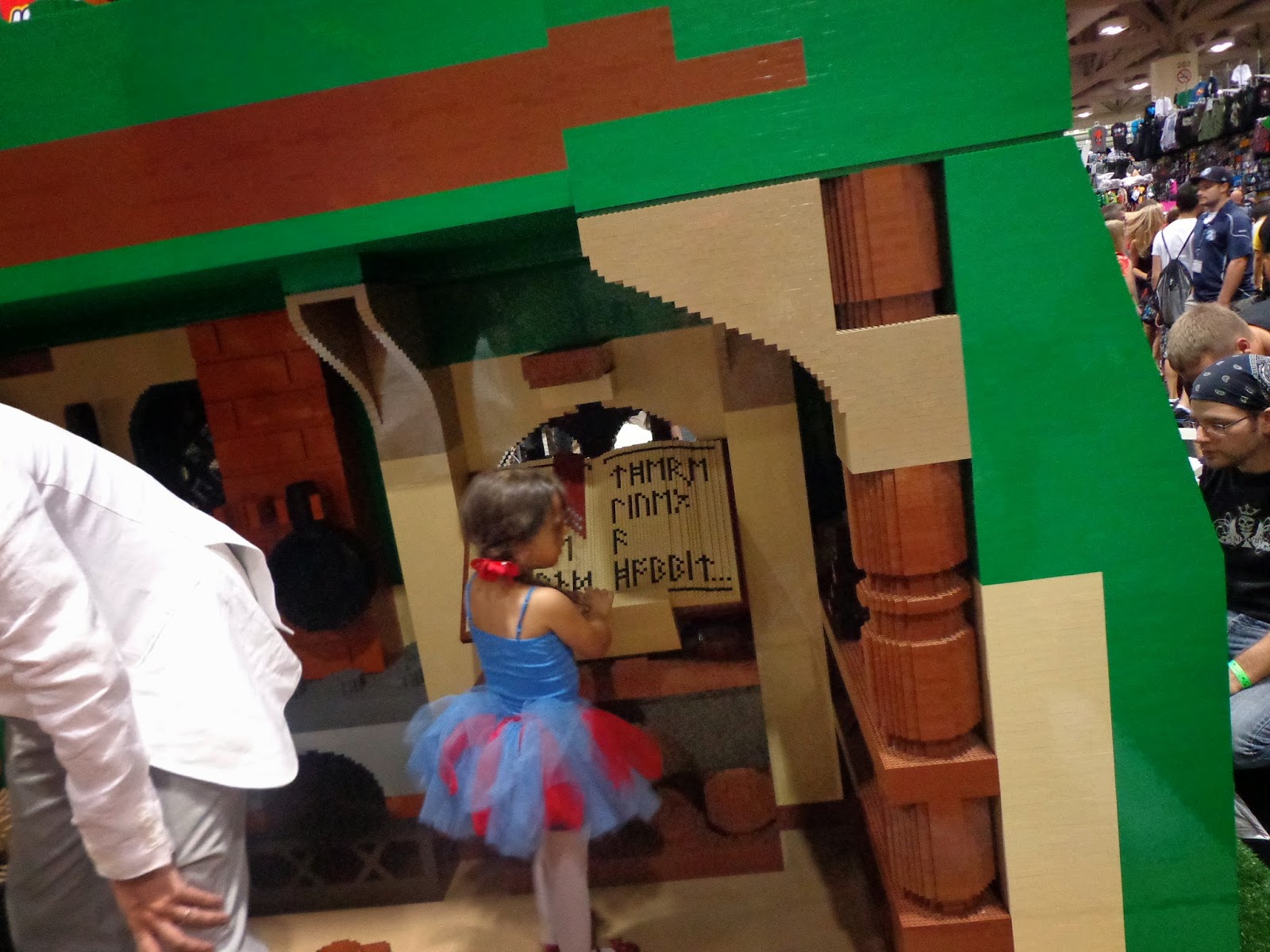 My favorite part was watching her pose a million times during the day to get her picture taken, she is quite the little ham.  I got some pictures of her posing it up on the red carpet. 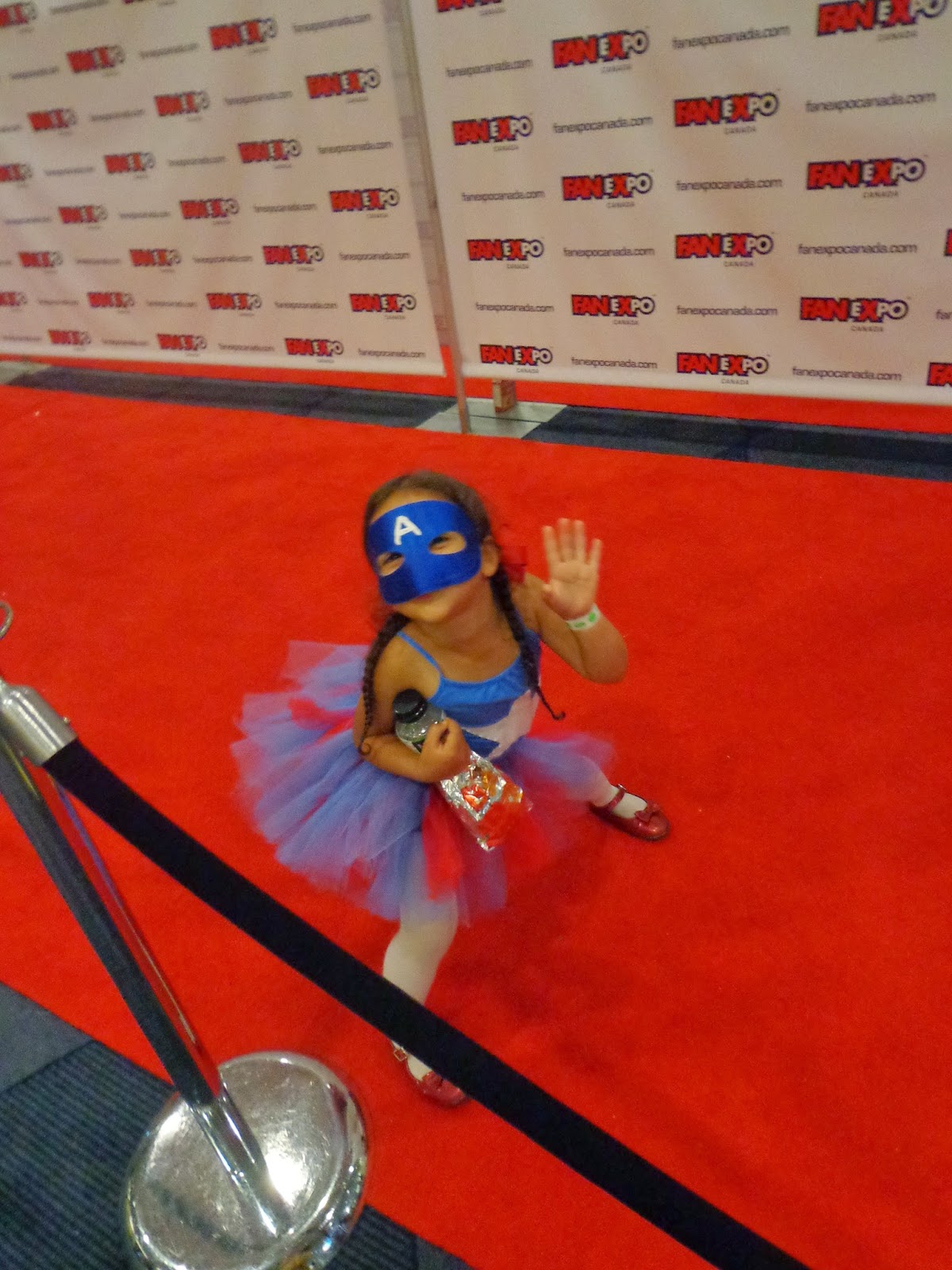 Sadly, she didn't want to pose with her shield. 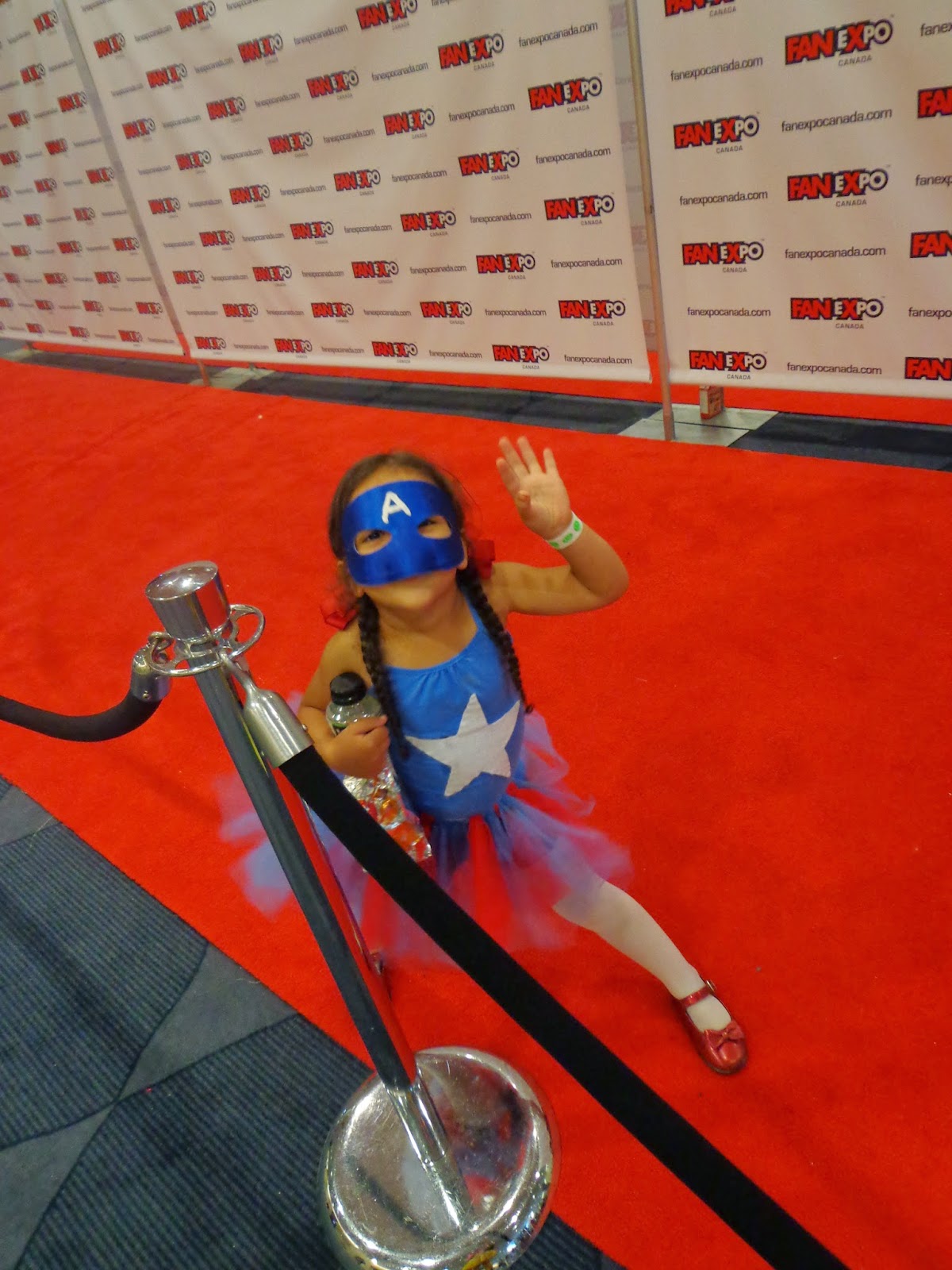 We spent our day hunting for neat things, Cat started a collection of Avengers drawings.  She found a couple to the specifications that she decided on and Mike and I have been looking at other cons we have gone to for the rest to complete the set for her.  The biggest score of the day was a chance present for my sister that pretty much earned me the best sister for life award.  Especially since we managed to keep it a secret all the way till Christmas.

You see, my sister is SUPER obsessed with Sailor Moon and we stumbled upon the voice cast on our meandering around the convention center.  (Seriously, they just had them stuffed off in the hallway)  So we got my sister a complete cast and had it framed.  Then we called her and bragged about how we met them. Shockingly Cat kept the autographs a secret the whole time until Christmas, it was the best surprise ever.

There were so many other fun things we got to do, Cat talked with the TARDIS, we met a steam-punk bear, we bought a charm for Ace.  One of the things I enjoyed most though was Cat meeting Thor.  It made her day. 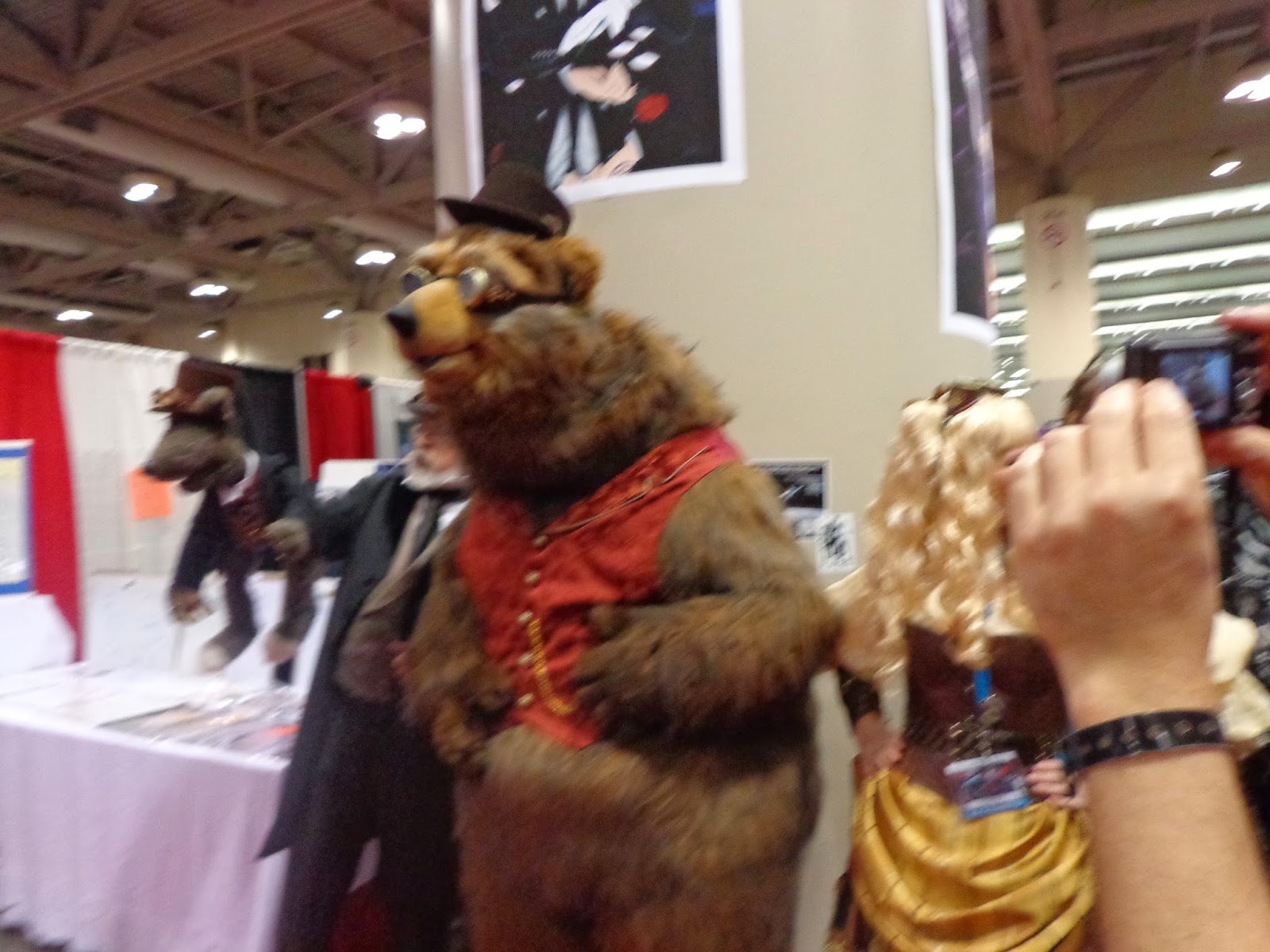 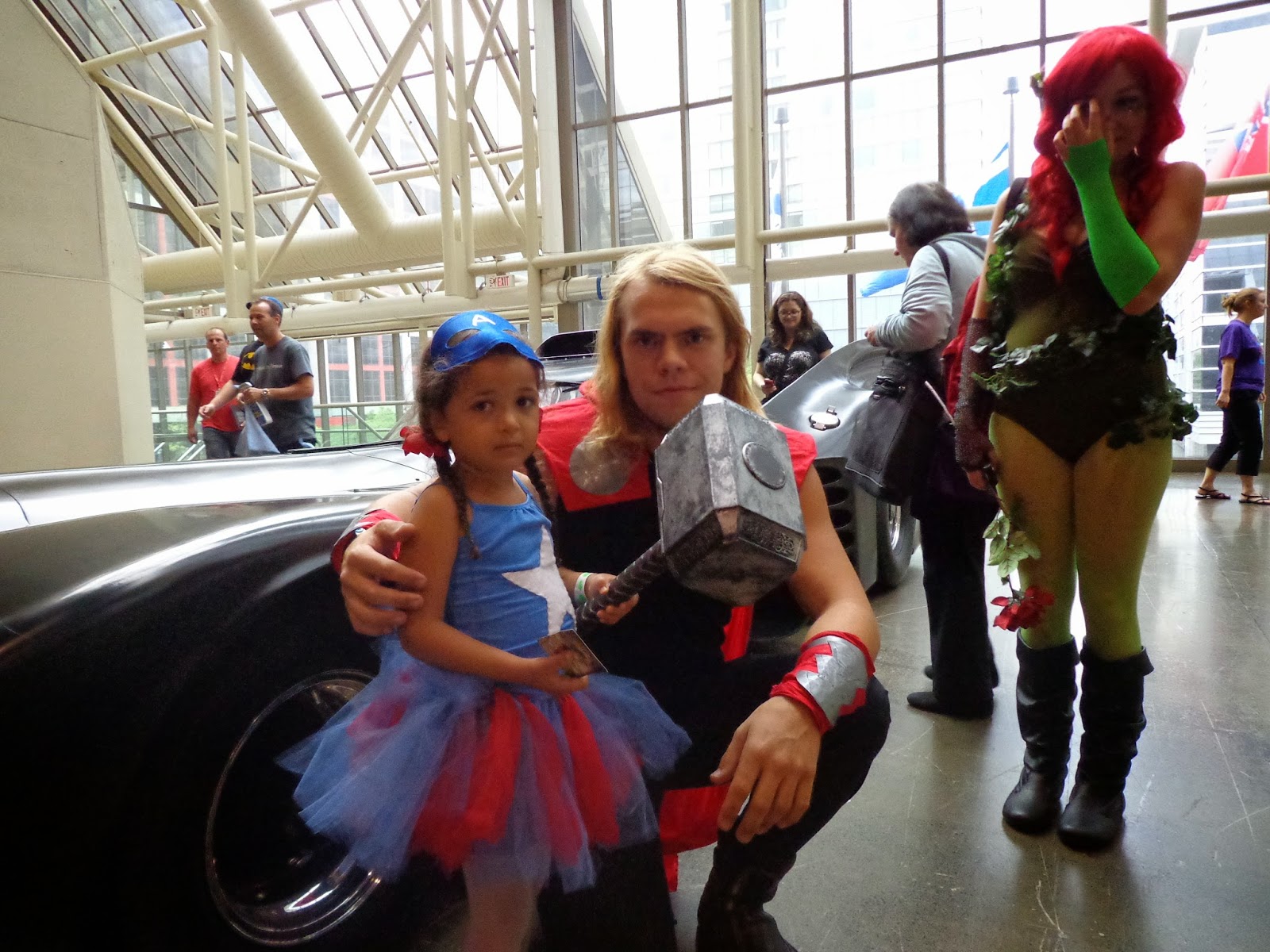 Best Cosplayer of the day, he got down to her level and everything.  I know the look on her face is all unsure but I had to listen to how awesome he was for hours after the fact so....
art Cos-play Fan Expo kids Lego Life Sailor Moon shopping