Only four days in and already November has proven to be one of the busiest months I have encountered this year.  I decided to finally take on NaNoWrMo this year for the first time...not connecting in my head at the time that the first weekend in November was Reverse Polarity, our local con celebrating the Doctor Who 50th.

I managed to get my writing off to a healthy start, currently sitting only a few hundred words behind of my 1700 words a day goal.  Not due to the con but because Cat was fighting being sick all week and it chose Saturday night to peak and we spent some time at the doctor.  After which, of course, we were all a bit tired.

Reverse Polarity itself was brilliant, T-con puts on a great convention.  We went to some excellent panels, and Ace was entranced with the find the clues around the con games which were included in the program.
We didn't solve either puzzle but we had great fun seeking out the clues.

Hope everyone had a great start to their month. 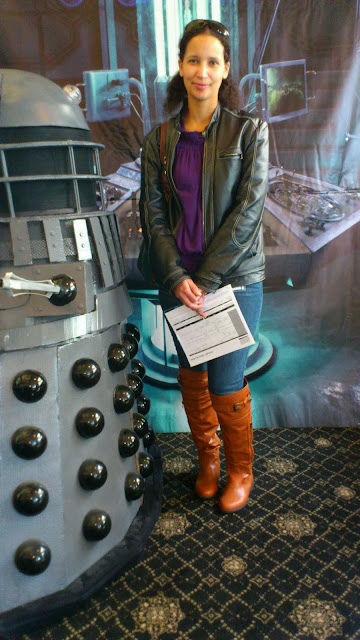