R is for Random

April 20, 2013
Sometimes when the kids stay home for the weekend we get up to some pretty random stuff.  Today we joined Richard of Muddy York Walking Tours for a Battle of York Battleground tour.  We then popped over and wandered around Fork York for a bit.  The weather was a bit blustery (or a lot) but apparently that is historically accurate for April of 1813.

The tour started at the western edge of Toronto's exhibition grounds, where Richard explained to us in detail how the American ships landed (west of where they intended due to the wind) in the harbor and around 1,800 soldiers ended up on the shore.   The Americans fought their way Eastward against the British and Canadians from there.  The Battle of York marked the first victory for the Americans in the War of 1812.

The tour took us across the Canadian National Exhibition grounds which are littered with monuments.  We got to see Scadding Cabin which is the oldest building in Toronto.  It was originally built in 1794 for John Scadding on the Don River's east side and was moved to it's current site by the York Pioneers (a historical society) in 1879.  Unlike how they tend to move buildings now, Scadding Cabin was disassembled and reassembled in its new location.

We also went by the Fort Rouille Monument which marks the spot where Fort Rouille was erected in 1750-51.  The Fort was later abandon and burned by the French garrison in 1759.

I will never (ever) be able to walk the exhibition grounds again without thinking of all the soldiers laying underneath. 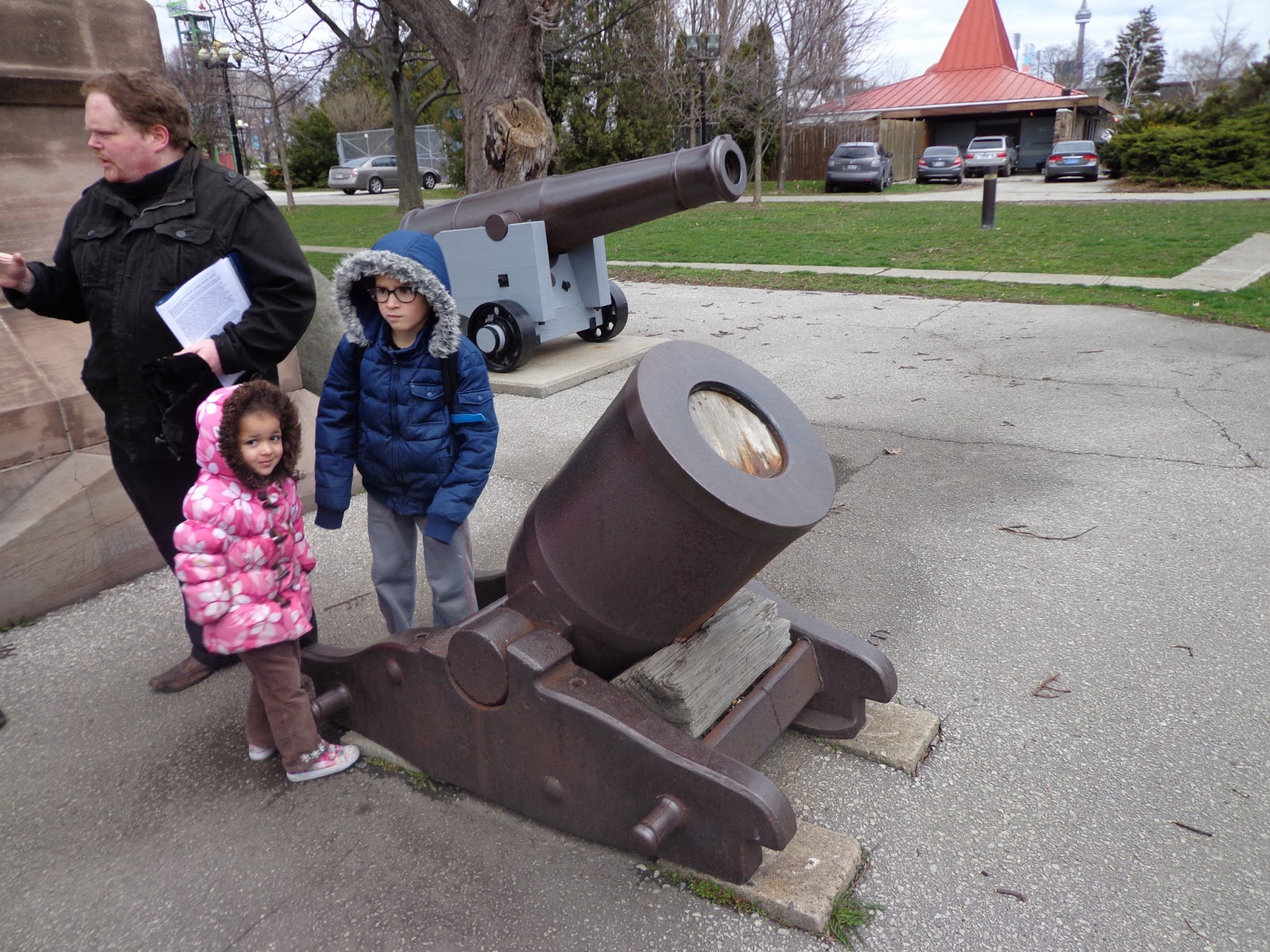 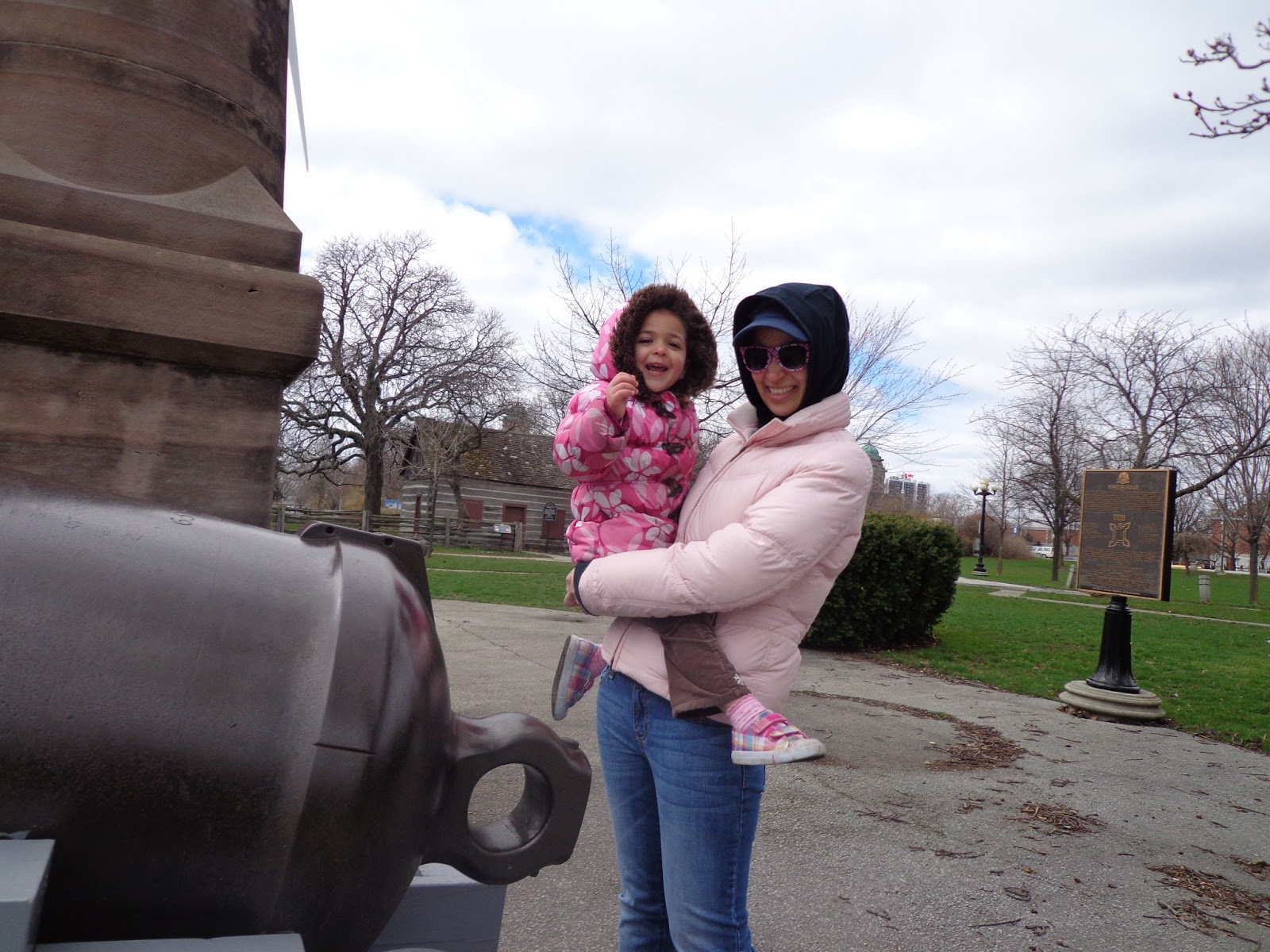 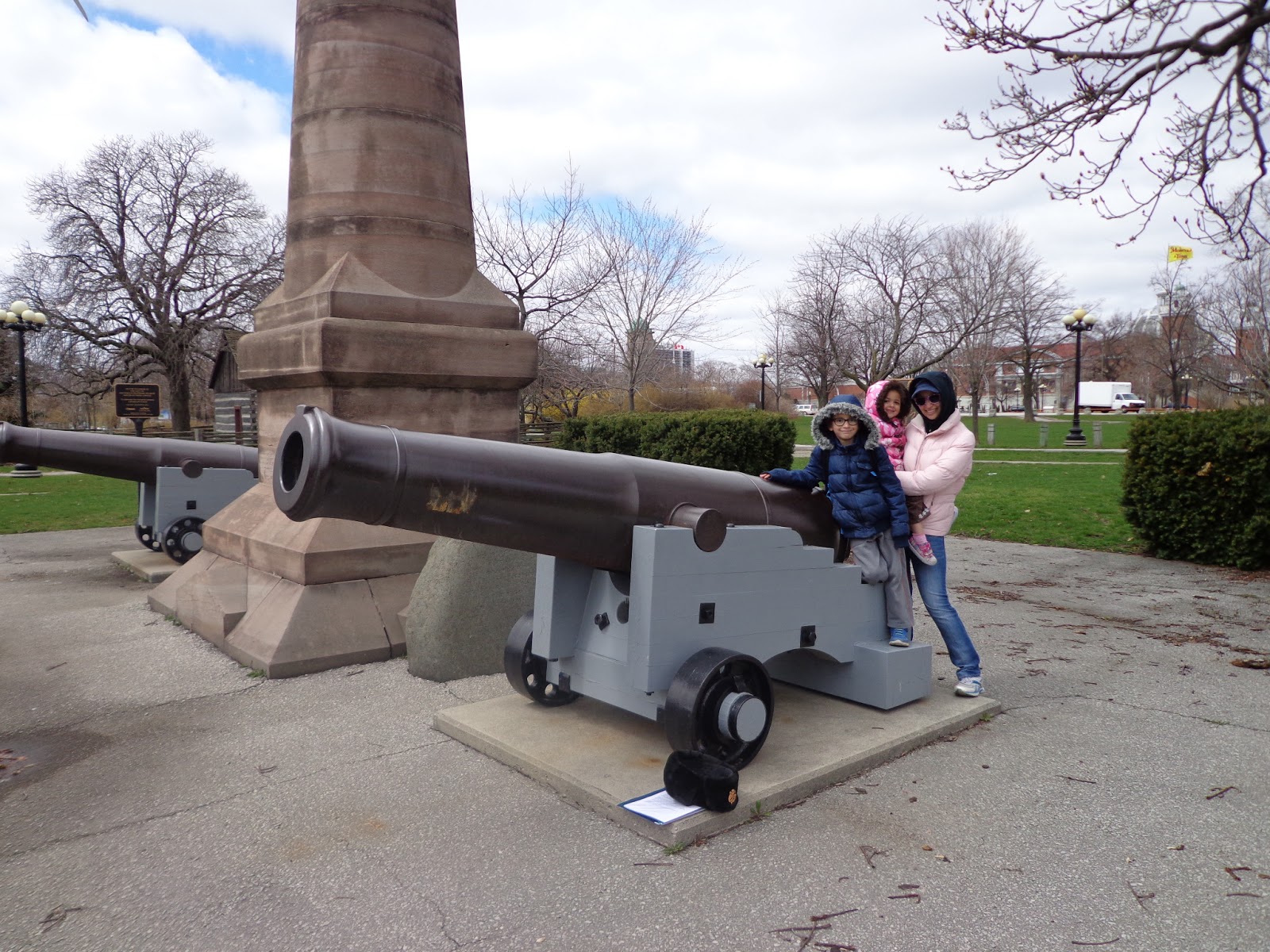 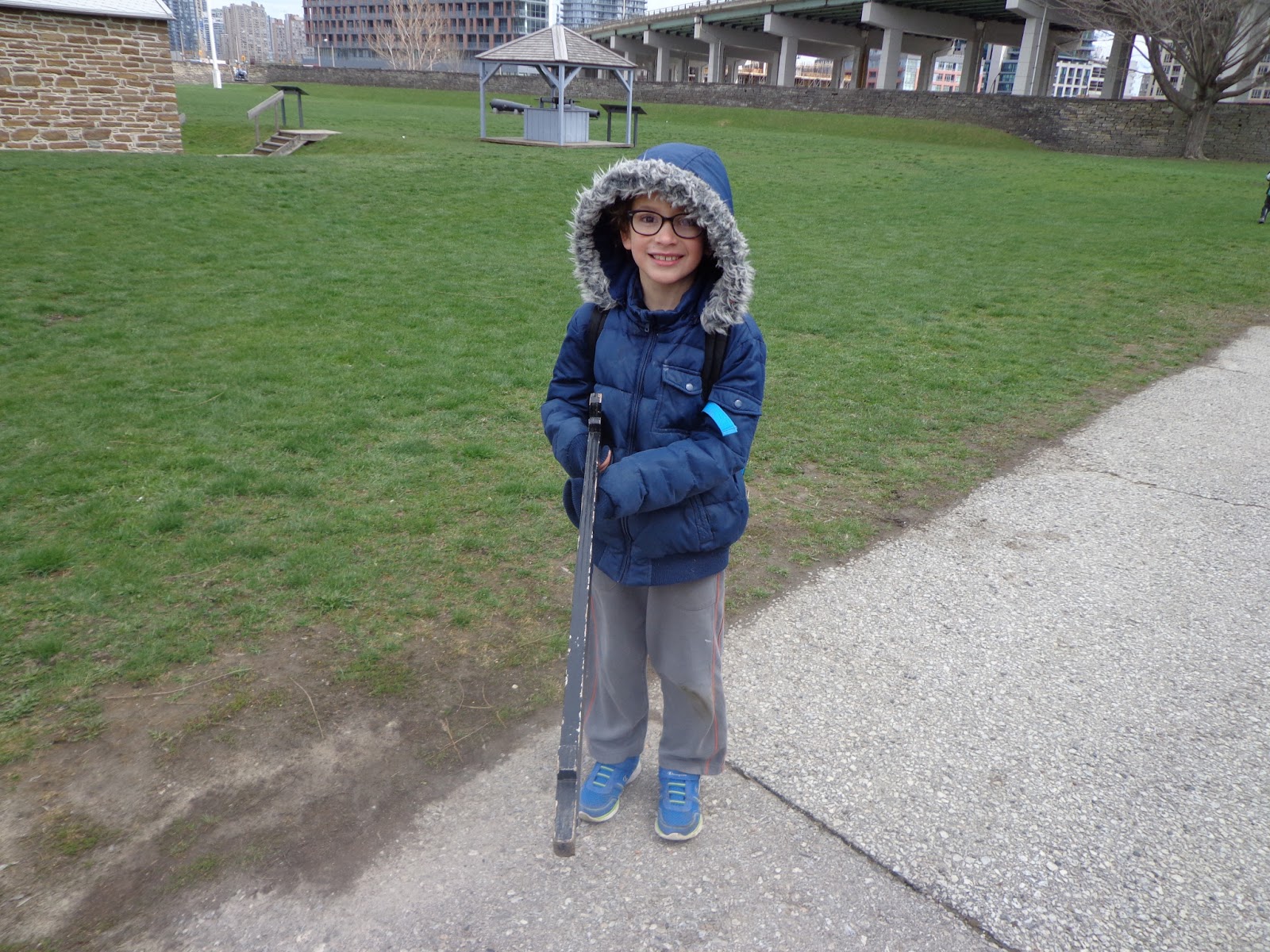 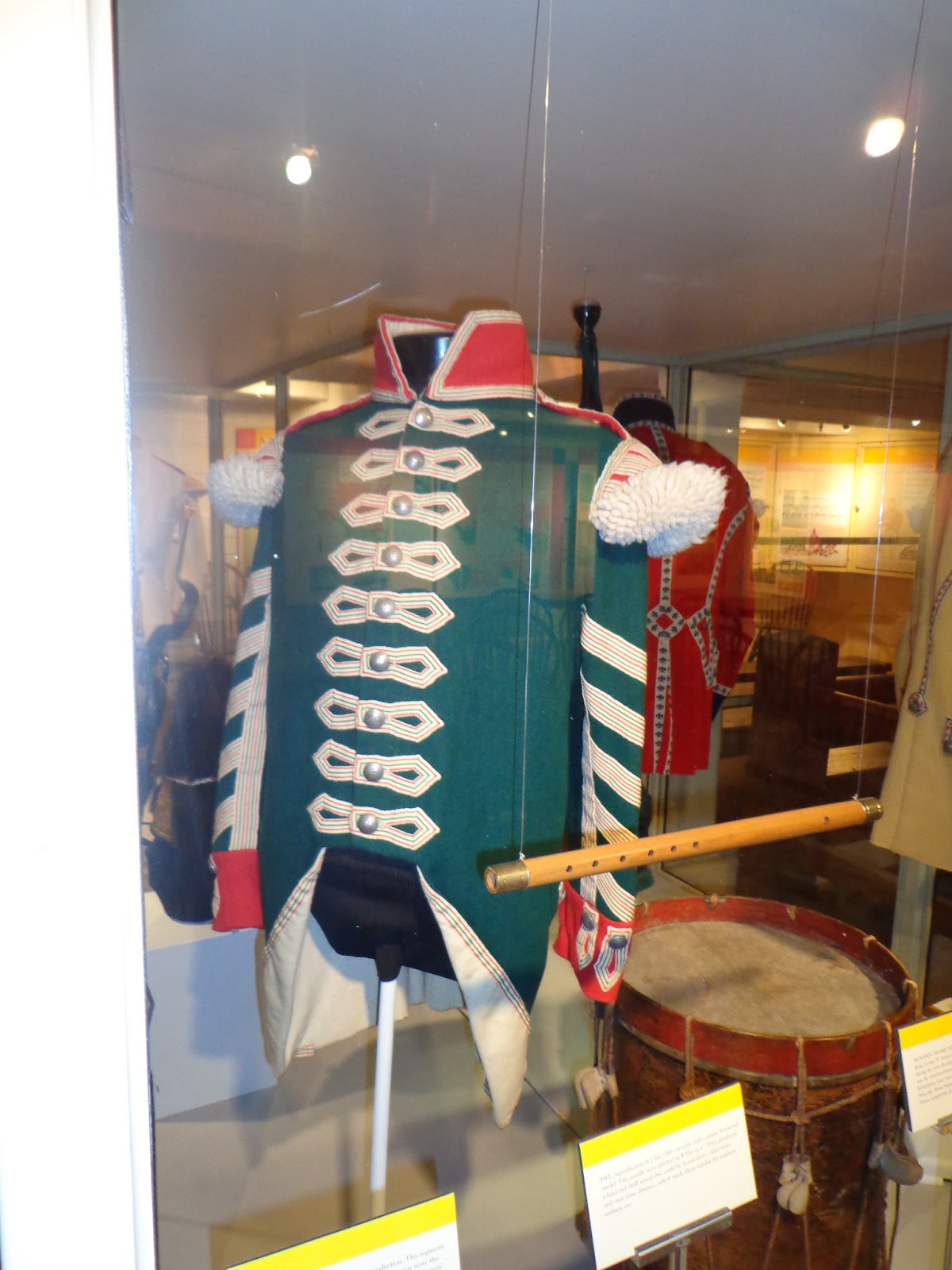 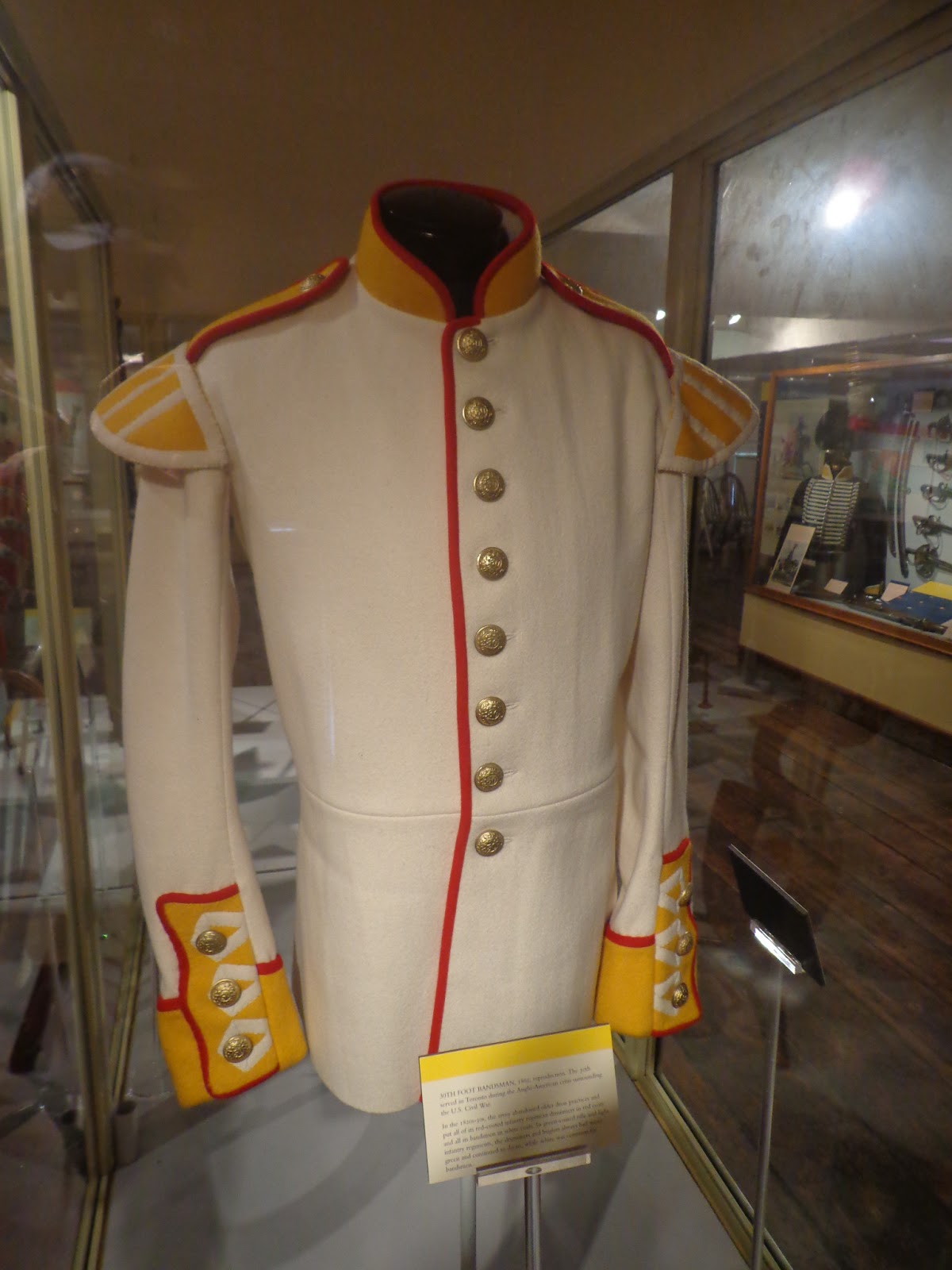 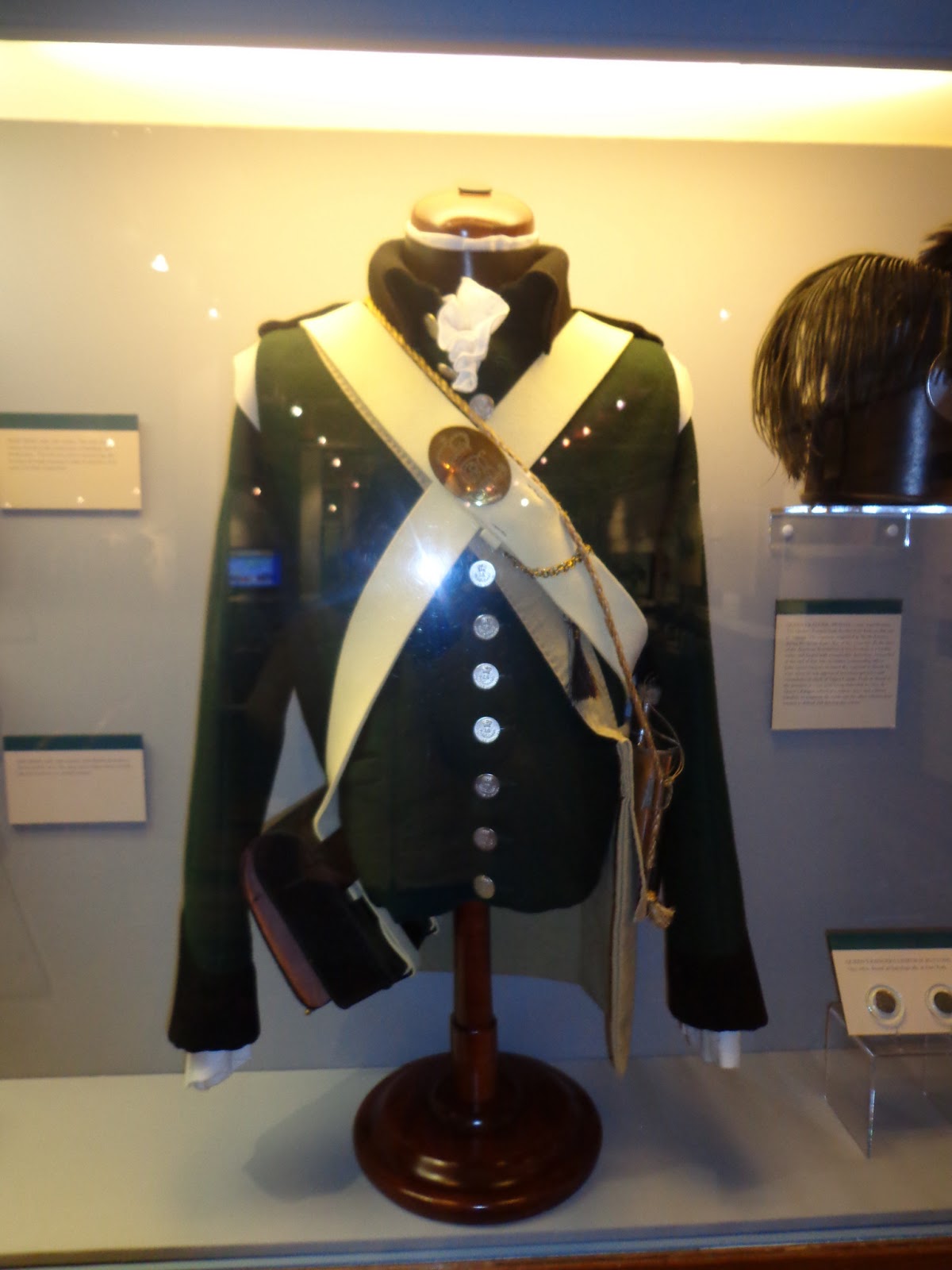 All in all a great day out.