Showing posts from August, 2012
Show all

Now that is a better teaser!  It was much more interesting.  I at least got a good giggle out of it.  I can just imagine the Doctor showing up in the middle of the night and alluding to some future catastrophe.  No sleep after that, no sir!
1 comment
Read more 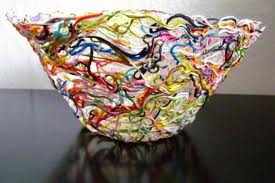 For a blog with creative in the name I have done very little blogging about anything of the crafty nature lately and I feel a little bad about that.  That's not to say I haven't been up to my eyeballs in the crafting department.  I just haven't finished anything lately as I am as unfocused as chipmunk who just downed a pot of espresso.  Luckily Halloween and Christmas are both just around the bend and that gives me somewhere to focus my creative crazy.  And I have put my foot down on starting any new projects before my current projects are finished so there should be a whole bunch of stuff coming up here in the next little while. (YAY!) In the meantime my house is a disaster of craft supplies, I have jewelry making kits and half finished projects every where.  How my children resist the urge to start unravelling balls of yarn is beyond me.  (especially those multicolored ones)  The only thing left to decide is a craft for the kids to make for people for Christmas I am
1 comment
Read more 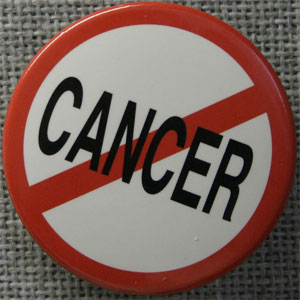 This year due to health issues I opted out of walking in The Weekend to End Women's Cancers, I honestly felt that it wasn't in my best interest to take on something so daunting when I was in the process of seeking answers to the health problems that were plaguing me.  I still wanted to do something though, just on a smaller scale. I don't know very many people who can say that cancer hasn't touched their lives in some way, a friend, a loved one, a co-worker, a family member.  But it has damn well waltzed through mine and I have watched people fight and survive (and I thank every god that ever existed for that) and I have watched so many people fight and lose. So, when my friend Shane of Fame Freelance Services asked me to join his team for the Terry Fox Walk I jumped at the chance.  A) because he is awesome and it is always more fun to do things with a team and B) it meant I would be doing something and I felt good about that.  If you would like to support joi
2 comments
Read more 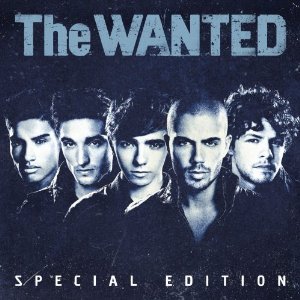 When I first heard that song that plays on the radio all the time, "Glad You Came" I thought it was catchy so I downloaded their album on my phone because I pay for a monthly music subscription and what better way to use it that attempting to broaden my musical horizons? Unfortunately due to my tendencies to download everything and anything that catches my ear I have way too much on there to ever really get a chance to catch what I am listening to.   Mind you sometimes that is a good thing because some "music" is just crap and I am way too lazy it song by song and clean out the stuff I don't like.  Anyhow, the other day I just happened to have my phone in my hand when the following song came on (I was texting a friend) so when I started singing along to it because I like it I took the time to look at what and who it was.  And then I played it again.  While I am usually not a huge fan of boy bands I kind of like The Wanted.  Or at least I like this s
Post a Comment
Read more

New Doctor Who Series 7 Trailer: Warning This Way Be Spoilers

If you are a Doctor Who fan then you know that the new Series 7 Trailer launched this morning.  Now, anything I have to say about this can only be considered a spoiler if you (like my son, who wants to be surprised) have not (will not) watched said trailer.  With that being said I recommend that you not read any further or do so at your own risk.  So, I have not been highly anticipating Series 7, even though 90% of my favorite Doctor Who episodes have been Moffat episodes since he took over the helm I just haven't felt it.  It took all over Series 5 for me to warm up to Eleven.  (like until the Christmas Special and then I had to watch it all over again with a better attitude)  Still, I watched this trailer this morning right away (well as soon as I dropped the kids off as Ace did not want to be involved) and let me tell you it did what any good trailer does.  I AM NOW DYING FOR  SERIES 7 TO START! Why you ask?  First of all dinosaurs on a spaceship, um awesome.  Then, is
Post a Comment
Read more
More posts