A missing dragon. A friend in mortal danger. A young woman’s quest to save them both…


Jade Gariq is wanted for treason. After narrowly escaping death at the hands of her uncle, she’s hiding in the Premyan jungle. Separated from her mother and brothers, at least she’s safe and alive—for now. But when a friend falls suddenly ill, and her fate is linked to the mysterious disappearance of a Dragon-God, Jade cannot hide any longer.


Sent beyond the Portal, Jade is not the only one searching for the Dragon-God. She faces invisible cities, a criminal underworld, and an old enemy disguised as a friend. To make matters worse, she’s a wanted criminal with a reward out for her capture. It will take all of Jade’s determination to pursue her quest. Can she evade her enemies and find the Dragon-God before death claims her friend?


Spirit Woman is the second book in the Airwoman series. If you like being immersed in captivating worlds, compelling characters, and a dash of romance, then you’ll love the latest in Zara Quentin’s action-packed adventures. 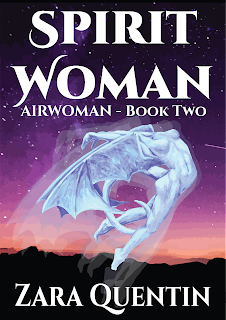 Have you ever gotten so immersed in a that you just block out all the other things until it is finished?  That's what happened with this book.  I had enjoyed Airwoman but was dying to know what happened next which happens sometimes when you really connect with a character.

An exciting adventure, I enjoyed every minute of this book and I am glad that I got the opportunity to read it. 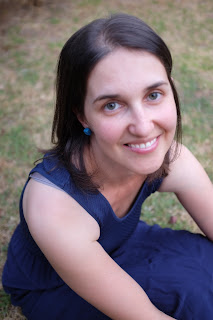