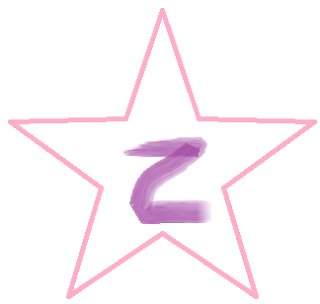 Ok, I know that this post is two days late but I accidentally picked a mini series for my last book and then I couldn't finish it as it made my brain hurt. 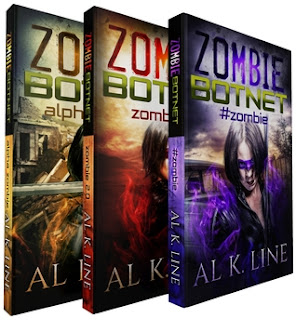 #zombie: In a normal house in the English suburbs Ven, a mother and world class hacker, presses enter on her keyboard and Armageddon is unleashed. She loses almost everything with that fateful keystroke.

The largest Web hack ever performed has devastating repercussions as it all goes horribly wrong. Designed to compromise the world's connected devices, the zombie botnet delivers subliminal data packets via social media and more - in an afternoon most of the world is either infected or eaten.

Now it is a fight for survival for Ven and her baby. Kyle, her one and only friend, and her faithful tubby Labrador Boscoe, help navigate the apocalyptic nightmare that is now their world.

The problem is Ven has never used a gun in her life, has no idea how to kill a zombie, and finds it hard to leave the house without doing her make-up.

Let's just say it gets interesting, and leave you to find out the rest, in this totally unique zombie novel series that will leave you too scared to ever go on Twitter again.

Zombie 2.0: In Zombie 2.0 the infected are leaner, meaner and certainly not cleaner.

Al, all 6' 7" of him, teams up with the survivors of the zombie apocalypse as they try to find a safe refuge and make sense of the nightmare world Ven created. Al's Pervasive Developmental Disorder, Not Otherwise Specified (PDD-NOS) causes its own unique set of issues for the gang - if one more person asks him if he is Dutch, just because he speaks funny, he might just explode.

The Web is still a no-go zone, but it doesn't stop those that can somehow get a connection from going on Twitter to see if anyone is doing anything cool.

As the world burns and the brains are eaten, hashtags and timelines still lure the remnants of the world's population. What's the first thing you do when your boyfriend gets eaten by his mom? Update your Facebook relationship status, of course!

Be prepared for new adventures in wet Wales, bad jokes courtesy of Al, and depressing observations on the human condition.

Alpha Zombie: The group take to the road in an effort to stay safe, and decide there is one thing missing - guns. No easy thing to obtain in the strictly controlled UK.

So the mission is planned, the sandwiches are made, the new transport revved up.

Only problem is the infected are getting smart, the world continues to degenerate, and they haven't counted on the beginnings of the hivemind.

Something new is awakening: Alpha Zombie.

I really had a hard time reading this, not because I had a problem believe that this could be how the world ends, but because the author has a tendency to repeat certain ideas until you want to whack him over the head with a stick.
# Zombie 2016 A-Z Challenge Al K. Line Alpha Zombie books reading reviews Z Zombie 2.0 Zombie Botnet