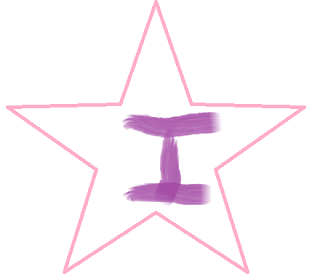 Reading is one of my most favourite things to do so I thought that reviewing a book every day for the challenge would be so easy, turns out I was wrong.  So far I have fallen down the rabbit hole of three authors and I am only at I.

My I book is Imhotep by Jerry Dubs. 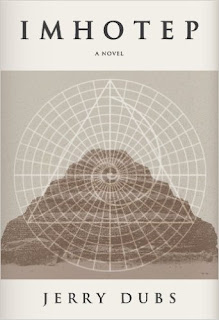 "Imhotep" is the first book in a four-novel series about the ancient Egyptian architect.
Stumbling in the dark of an unfinished tomb beneath the sands of Saqqara, American tourist Tim Hope unknowingly passes through a time portal that leads to ancient Egypt — a time before the Sphinx, before the great pyramids of Giza, and long before the loss of his beloved Addy.

When he discovers that two other Americans preceded him through the time portal, Tim immerses himself in the ancient world to search for them. As he becomes more comfortable with the simpler, more immediate land, he finds himself irresistibly attracted to the delicate Meryt, a wbt-priestess for the god Re.

Learning that a seven-year famine has led to a plot to overthrow King Djoser, Tim discovers that his fate, the lives of the two Americans and the future of Egypt rest in the hands of the legendary Imhotep, master architect of the Step Pyramid, renowned physician and intimate adviser to King Djoser.

This was not a book that I would have picked to read on my own, but I really, really got into it.  It even lead to a late night discussion about how the pyramids were really built.  Apparently there is a perfectly logical explanation that has nothing to do with time travel or aliens. (Boring!)

Anyway, the book was fabulous.  A bit violent in spots but the story moved a long really well and I enjoyed it.
2016 A-Z Challenge April books I Imhotep Jerry Dubs reading reviews