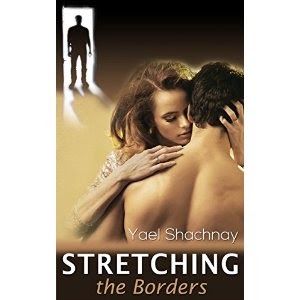 Sometimes reality is beyond all imagination.

When you play the the game, stretching the borders, you can get lost and forget the rules.

Naomi leads a so-called peaceful life. She lives in a lovely apartment in the center of Tel Aviv with her loving, supporting husband and their two teenage children, works for a daily newspaper, and in her free time concentrates on art.  But all this isn't enough when her entire world is turned upside down one evening after which she's drawn into a maelstrom of emotions and urges, lies and enigmas. Secrets from the past surfaces and merge with new ones, and Naomi discovers she's living a complex life with parallels in several worlds: the people closest to her are also hiding their secrets and abusing her trust.

Forgiveness, absolution, and feelings of guilt.

Stretching the Borders raises questions about the essence of forgiveness, absolution, and feelings of guilt, as they face secrets and lies, some less white than others.  The threads wrap around each other in a conflict solved on through a process of an agonizing journey, which doesn't always achieve its desired comfort.

I have never read a work of fiction that felt so realistic before.  The raw emotion that poured from the pages in some parts broke my heart.  It was brilliant.  I couldn't put it down.  You could feel the turmoil that Naomi was going through as her entire world is being turned upside down.

There are do many parts of this book that are so relateable, maybe not to the actions...but the emotions.  It's definitely a must read.

You can find Stretching the Borders on Amazon.

I received this book in exchange for an honest review.