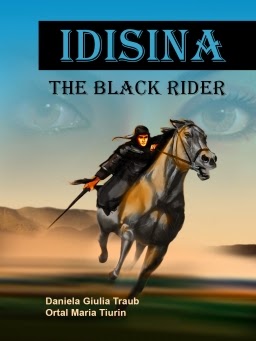 A richly woven fantasy novel about the battle between the sexes and the struggle over ideology, power, and religion.

Take a moment and imagine foot prints on the sand, the foam on the beach washes back and forth leaving a thin imprint that divides between thought and action. If killing awakens a flutter of butterflies in your gut would you commit the crime?

On an island where women rule, Daniel starts a revolution. During the night of his grandmother's death, Daniel decides to run with his emotions. From that moment on, he ventures out from the city of his birth and meets characters that will fashion his future; a warrior, a deserter, a man and a woman.

This was a very unique book, there were parts of it that I wish were explored or explained in greater depth.  The character development could have been a little deeper but as a whole it was very enjoyable.

Idisina The Black Rider Can Be Found on Amazon.

I received a copy on this book in exchange for an honest review.