Girl's Day Out With Cat

August 13, 2014
The good thing about Ace being away is that Cat and I have gotten to spend a lot of good quality mother/daughter time together.  Her favourite thing to do when we do this of course is to go to Canada's Wonderland because she is a die hard thrill seeker already.  Plus you can experience so many things in one day, which is fun when you are a kid.  (or an adult) 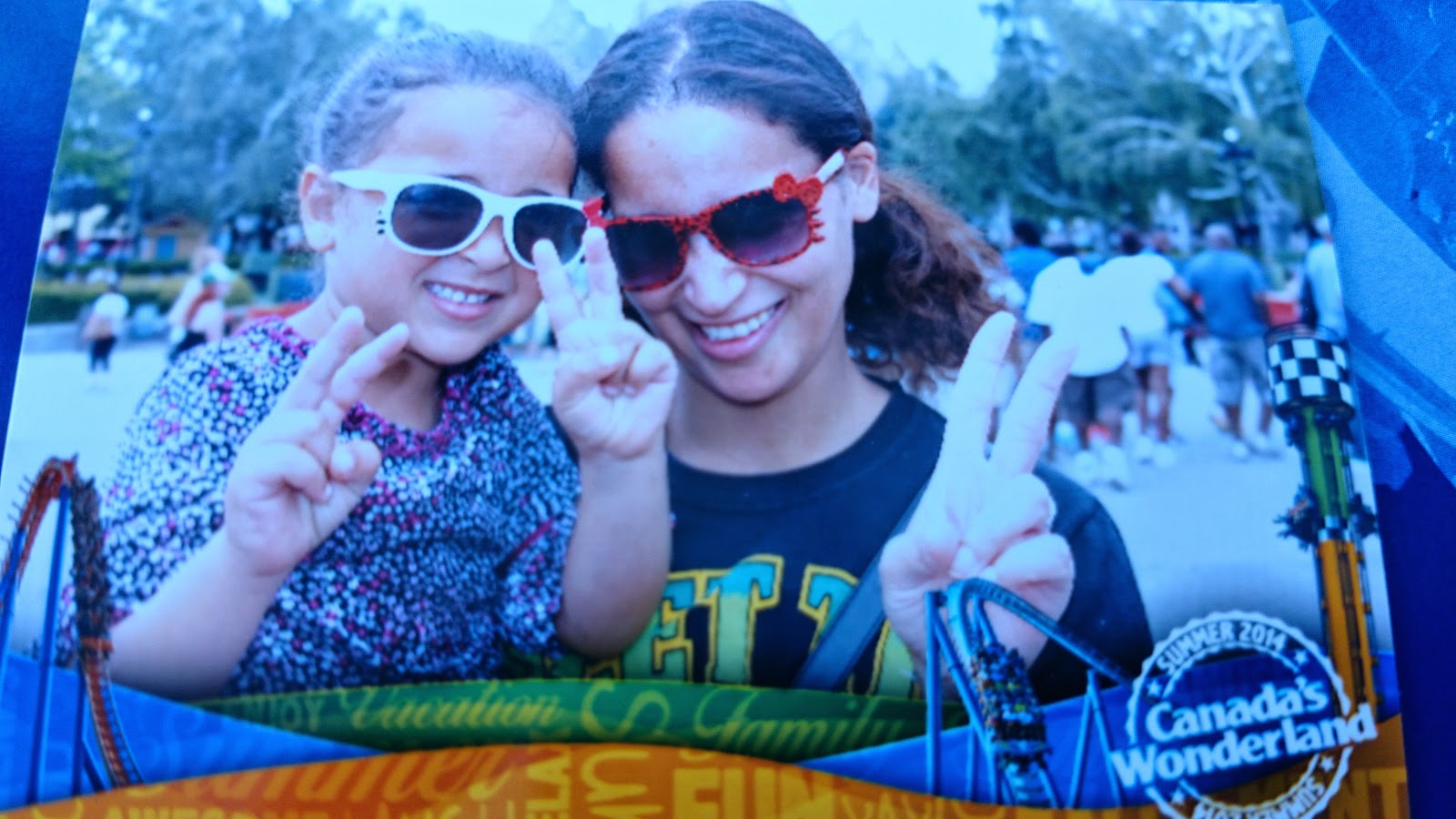 One of Cat's favorite things to do when her brother isn't there is watch ALL the shows as she is very into singing and dancing.  (what 5 year old girl isn't)  So off we went to check the schedules for what was playing when. 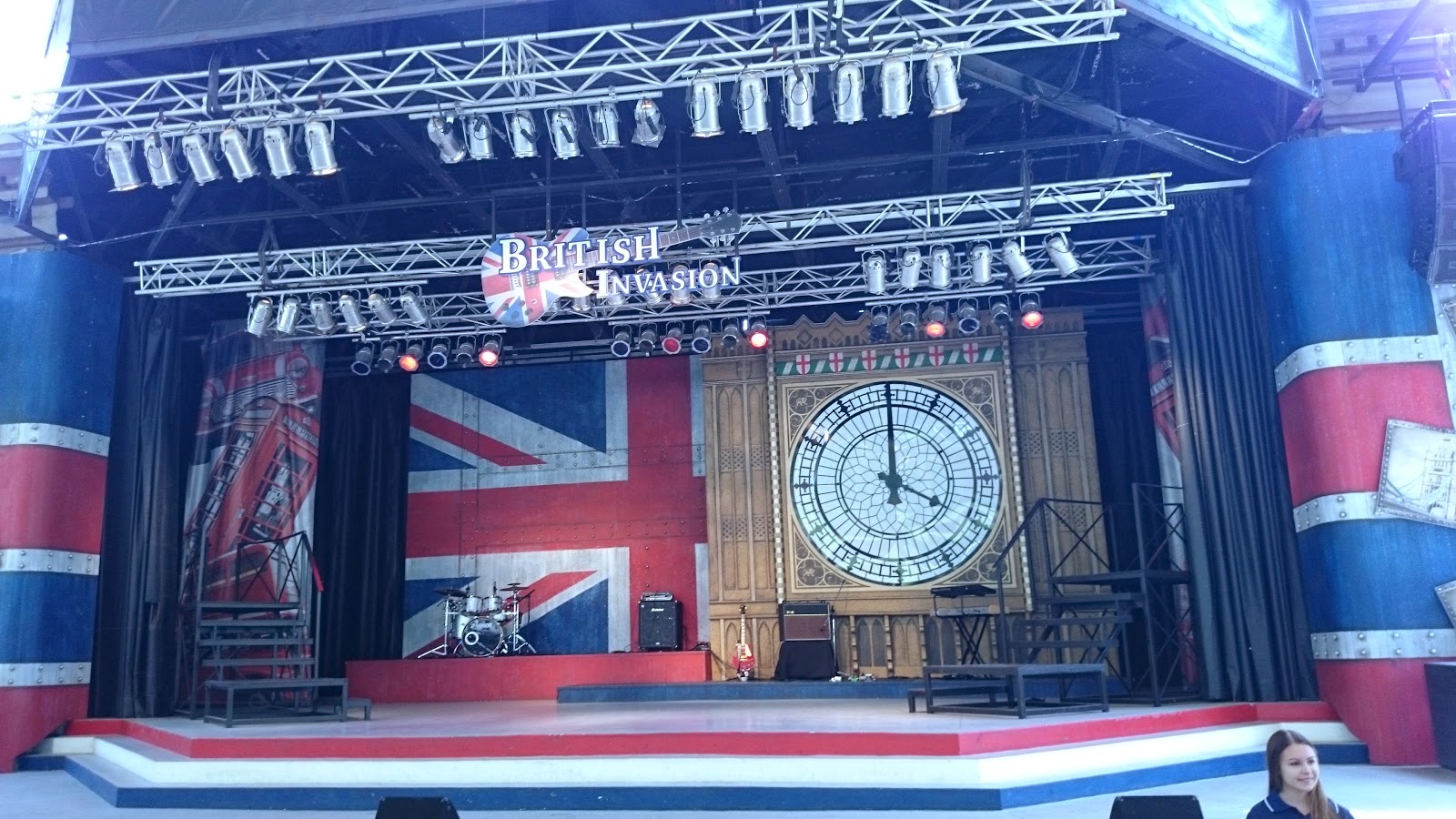 We discovered that the British Invasion show was starting shortly so we got our souvenir cup filled up and grabbed a seat nice and close to the stage.  We went on a magical journey through five decades of British contributions to music.  It was a lot of fun, Cat's favorite part was the dancing whereas I was in love with all the costumes. 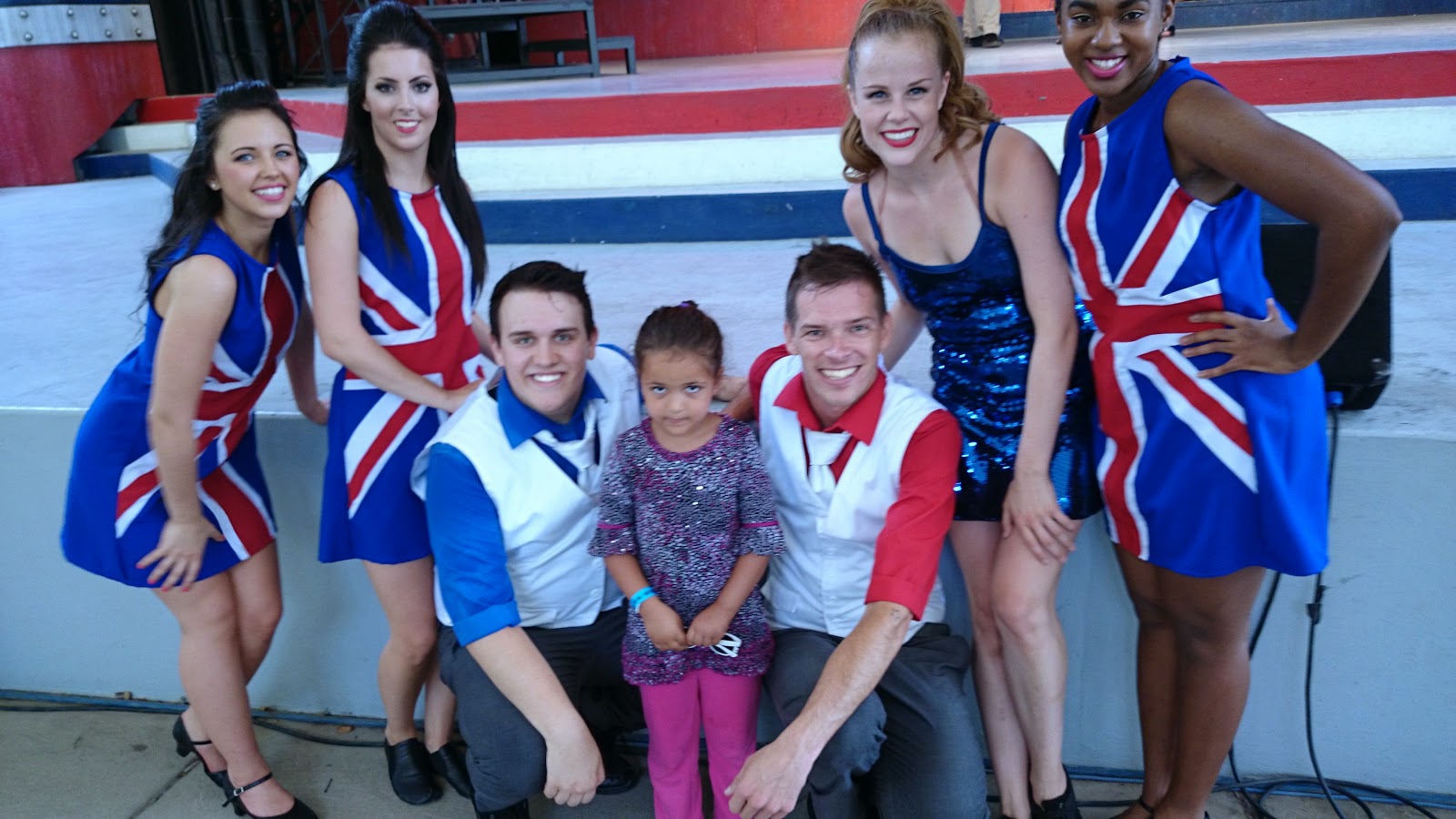 Afterwards we went on some rides, in particular the Flavourator which we had to go on three times in a row because she want to sit in the purple barrel.  Which lead me to tell her about the time when we were in Grade Eight and went to Wonderland on a Science and Math field trip and went on The Fury (which now lives in dismantled ride heaven) 38 times in a row.  For Science!  (or because the ride operator was really cute....we were 13) 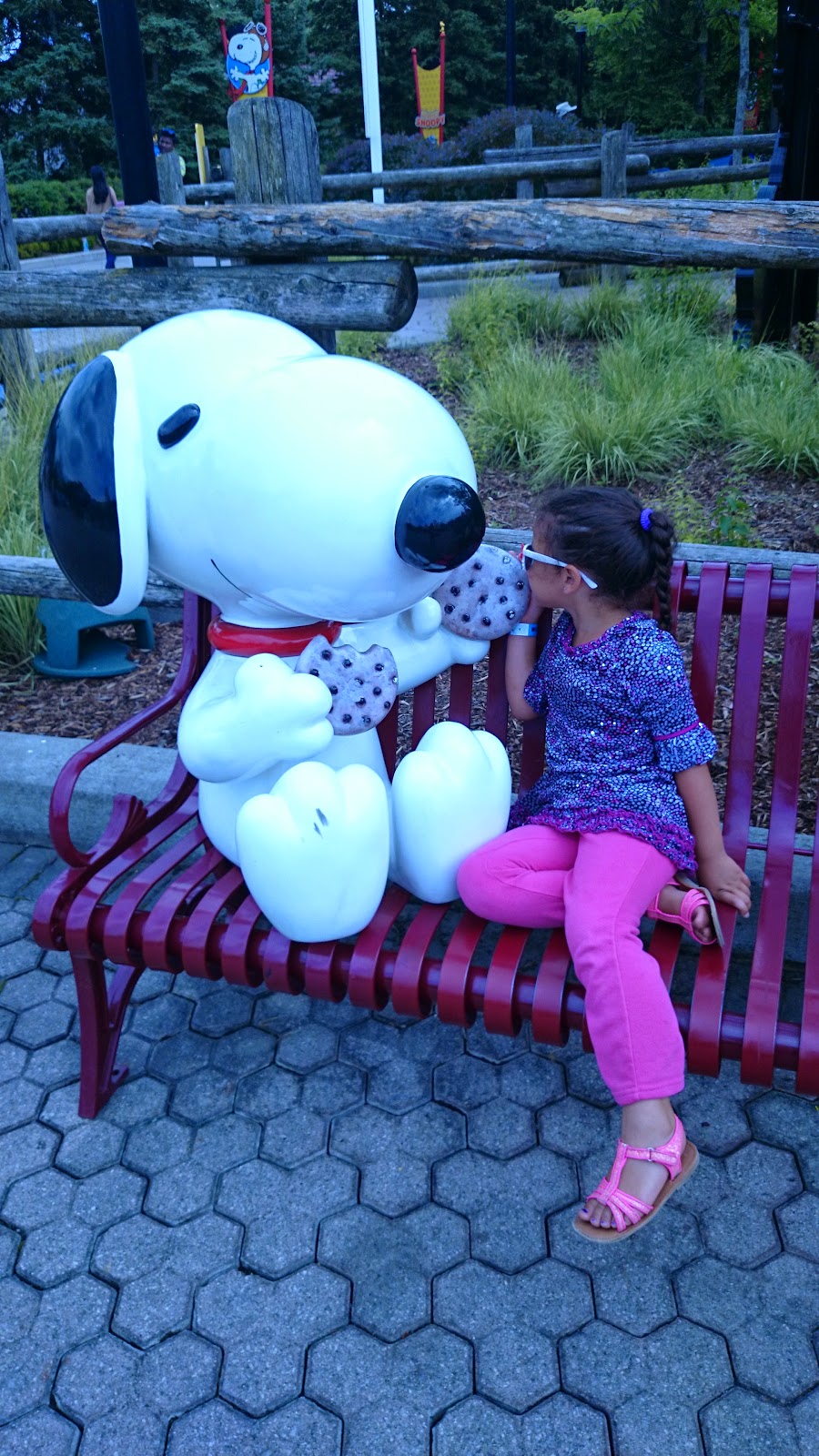 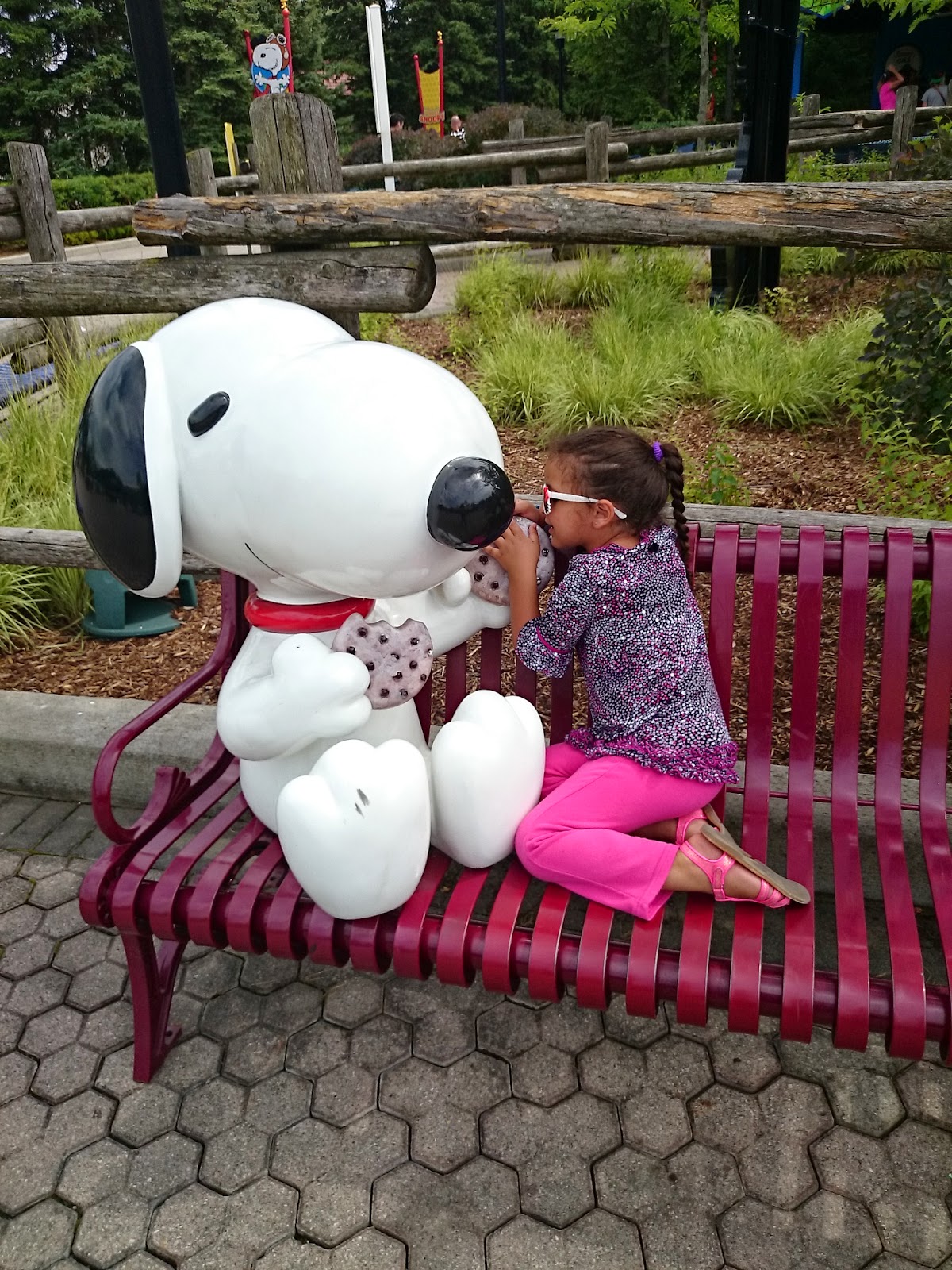 Then it was time for weird picture posing.  I have more pictures on my phone of Cat posing with strange inanimate objects than are really healthy, and it's all her idea. 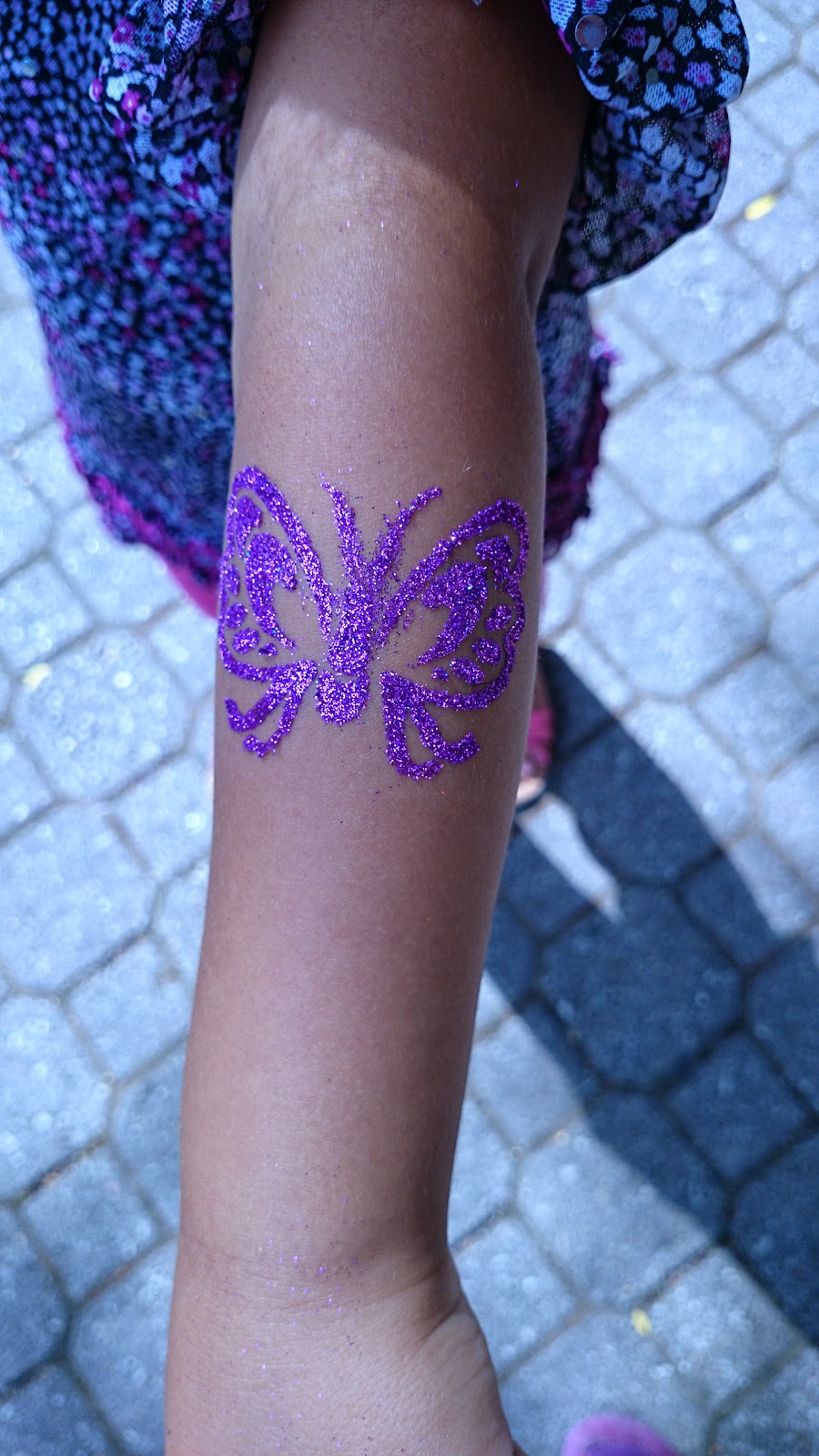 Cat wanted to get her face painted but I refuse to pay their prices for face painting, it's highway robbery.  We compromised on a glitter tattoo because it would at least last for a couple of days.  She wanted a dancing fairy but they had run out of that stencil so she ended up with a butterfly. 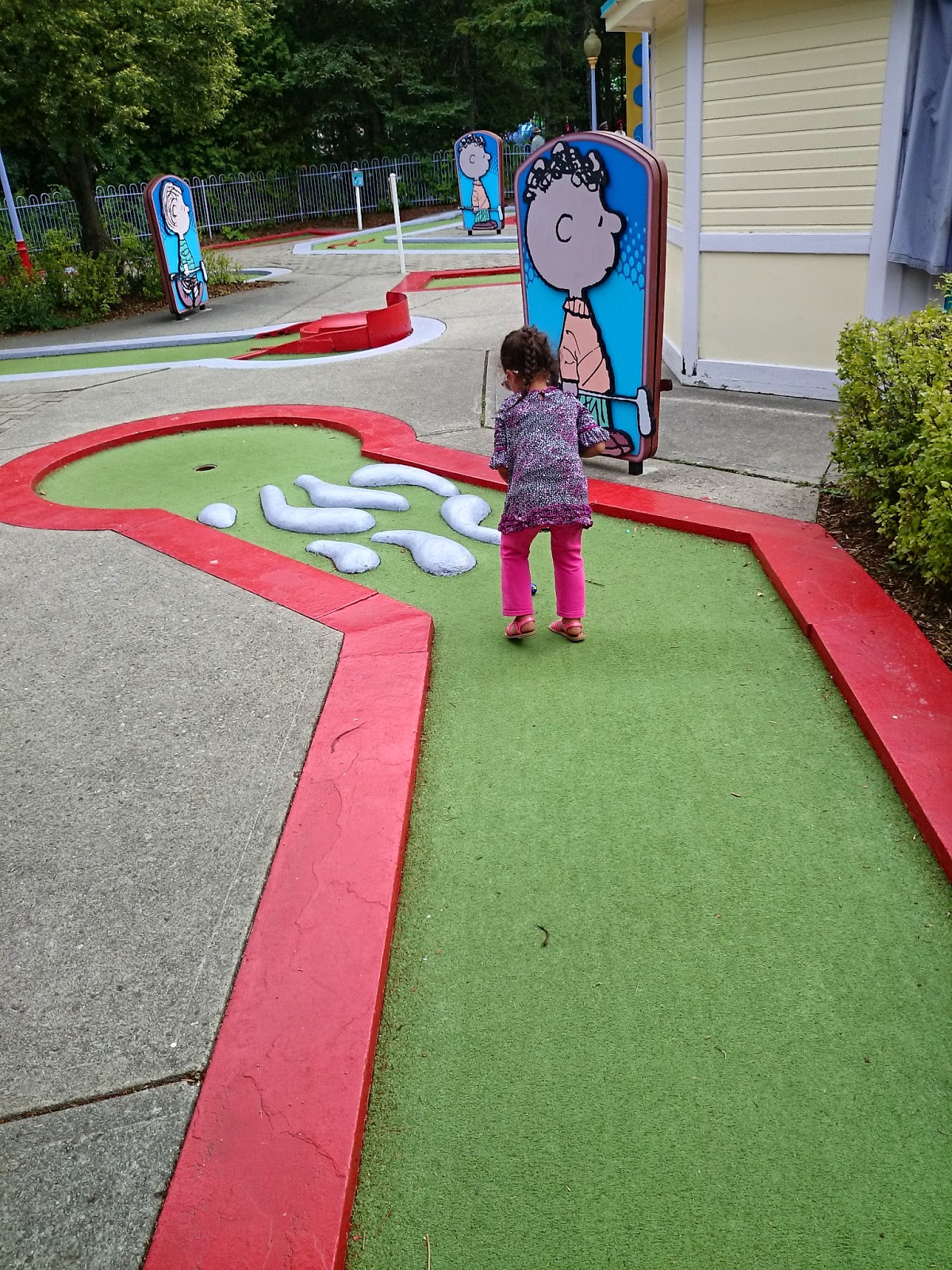 Afterwards we played a round of Mini-golf.  I have to tell you, if you run into Cat somewhere and she invites you to play mini-golf, don't do it.  She is a horrible cheat.  Forget about putting her own ball into the hole if she misses, she picks yours up and moves it on you. 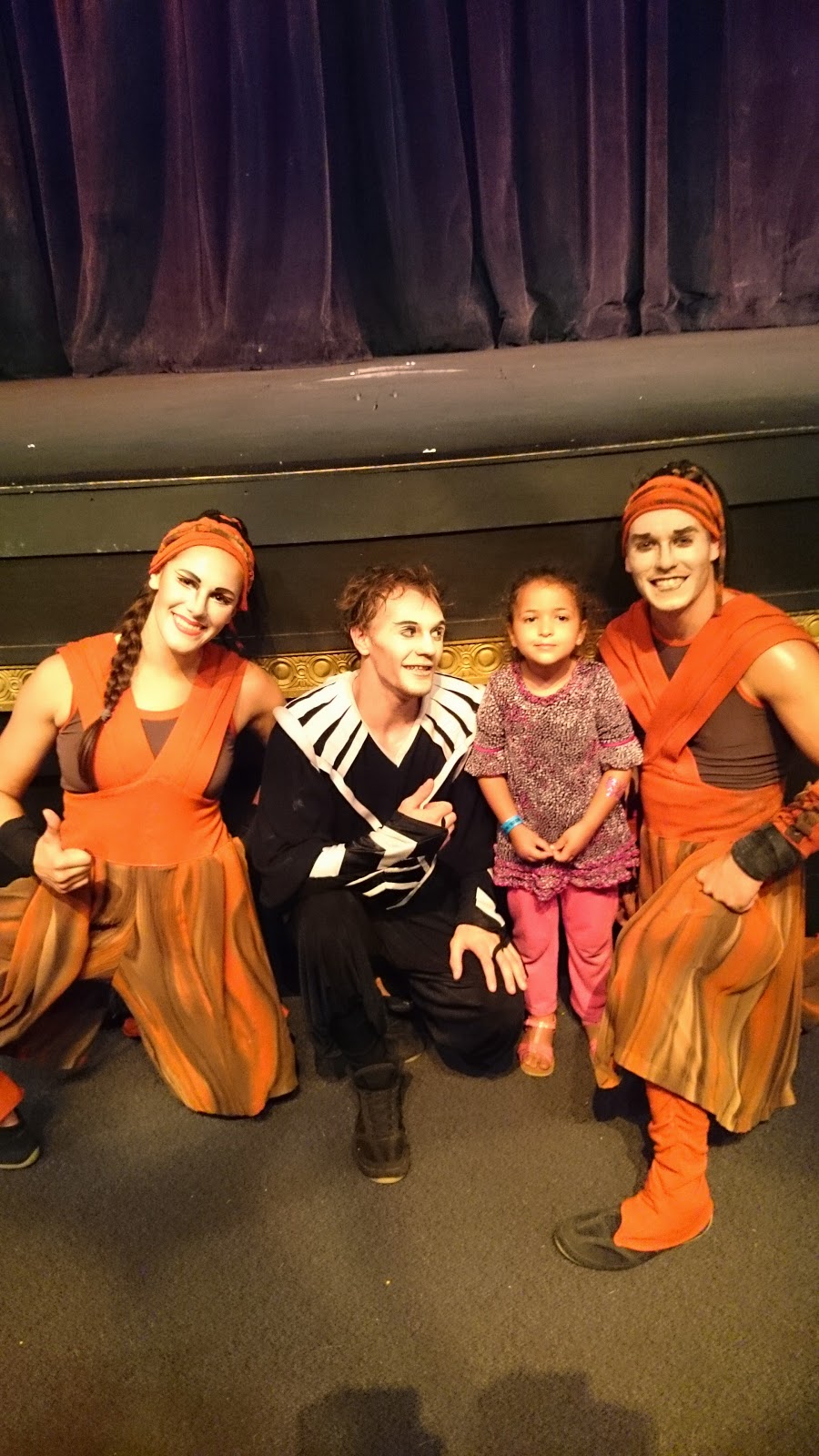 The last show we saw for the day was Dimensions which is a cirque type show and really quite interesting.  Cat had a great time, she didn't get to met the cast members she wanted to though.  :( 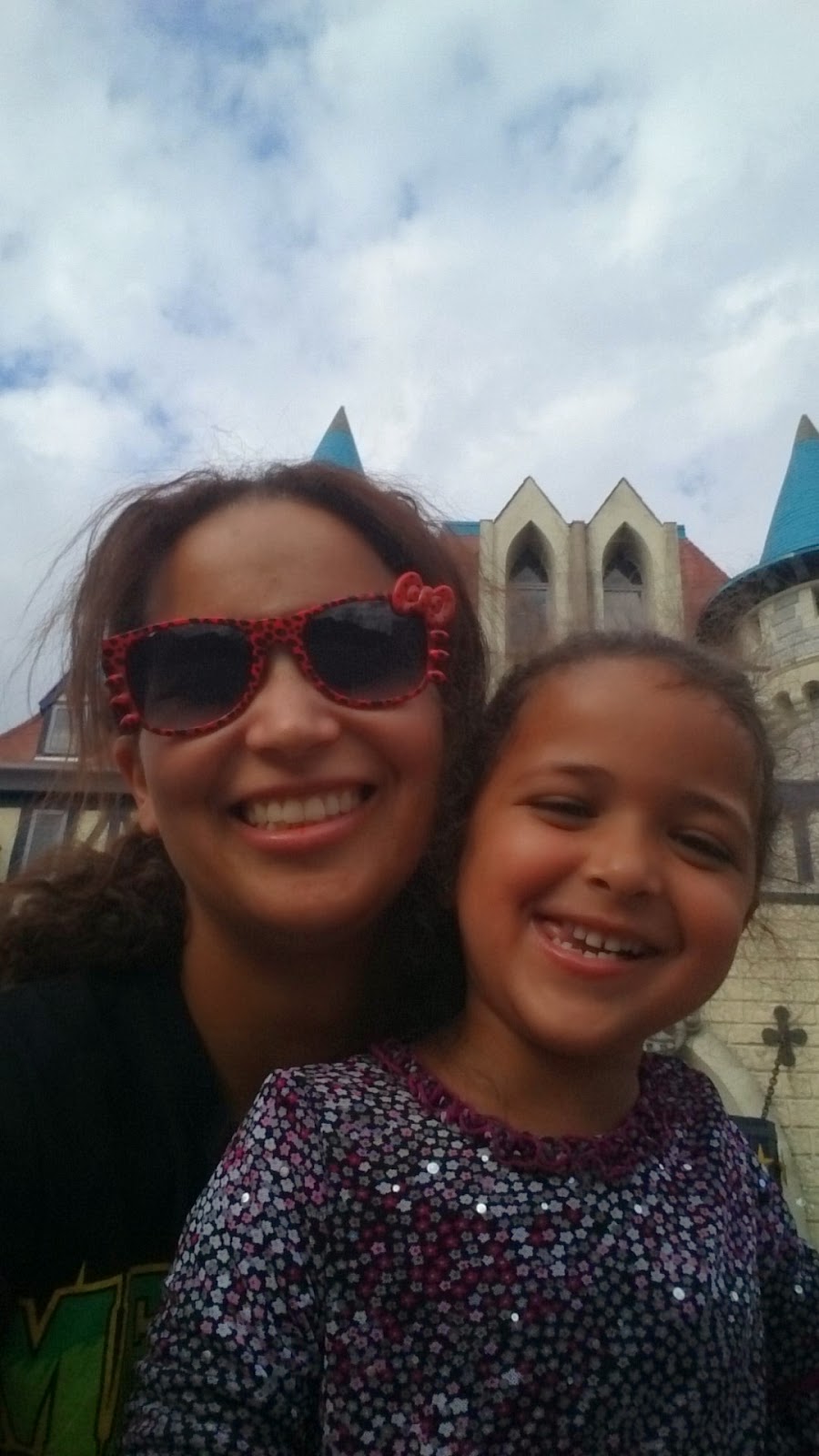 So that was our super fun day without Ace at Wonderland.  Thanks for coming along with us.
2014 cat family fun Wonderland