September 23, 2013
I think my favorite part of my Fluttershy cos-play was the skirt.  I am a huge fan of twirly skirts and this one was exactly that.   It was my first attempt at making a circle skirt so it didn't come out perfect but I learned a lot about what not to do next time and I love it anyways.


I used this super awesome tutorial from Lex at What The Craft.  The things Lex makes are a kind of awesome I can't even begin to aspire to and should definitely be checked out here.  How great other people's work is really inspires me to keep trying, even when my attempts massively fail because one day I will be able to make what I see in my head come out looking as fantastic as I think it is going to.

So, silly butt that I am I got so involved in the actual making of the skirt that I didn't remember to take pictures until I got to the last step. 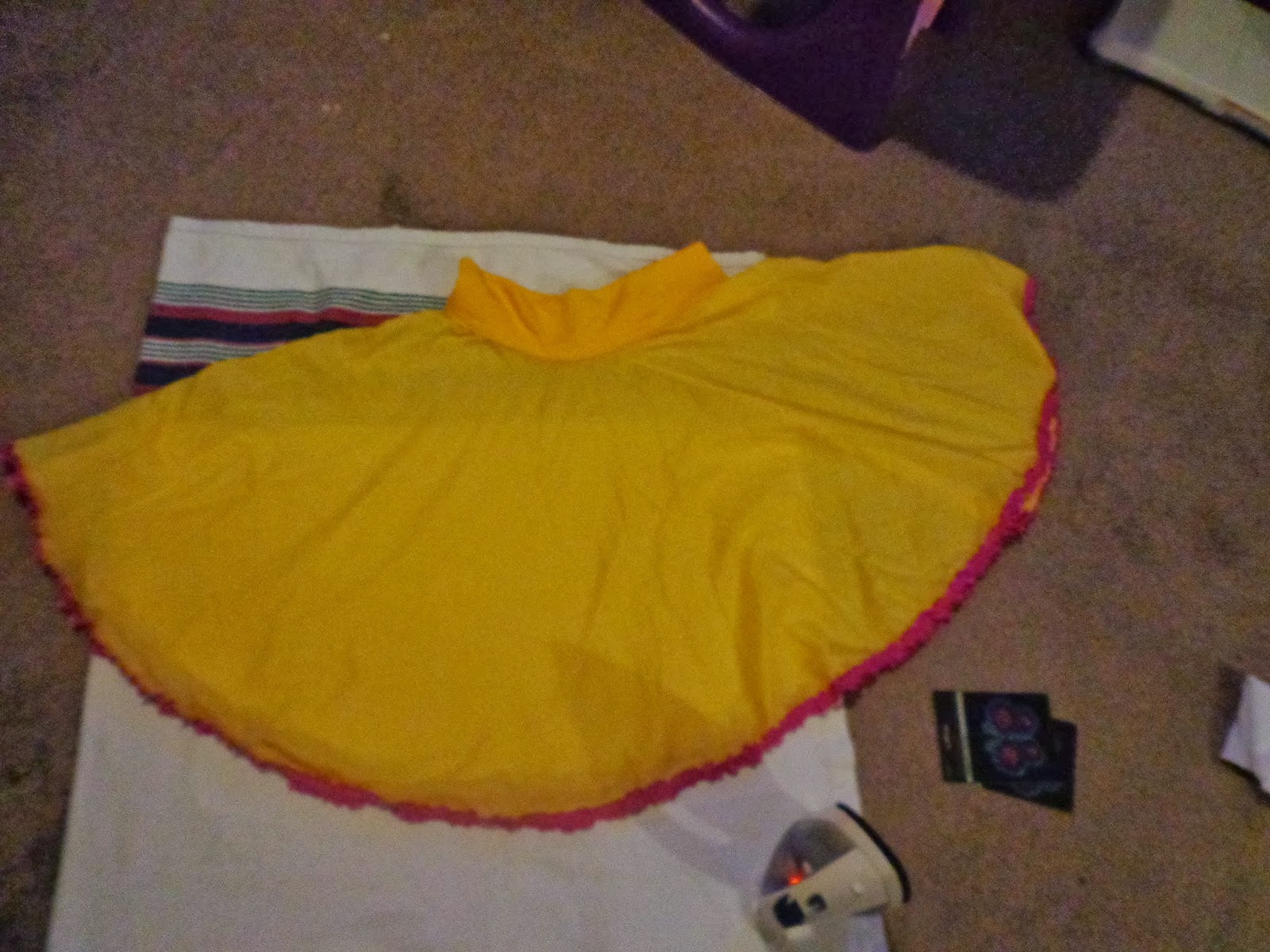 That was the skirt right before the final step.  I think my biggest error was in the material I chose, it was was too light for making a circle skirt and it also frayed too much.  Have you ever tried to hem a circle skirt?  No easy task.  That's how it ended up with the pink double ruffle ribbon trim.  I guess that's the one good thing about being a craft supply addict, you can think outside the box and solve any problem.

The other thing that didn't turn out so great is the waist band.  Stretchy fabric should be cut smaller than your actual waist measurement.  Apparently you don't need to cut them to allow for seam allowances and other such bull crap.  The result is once I sewed it all together the waist is a little not so pretty.  (or a lot)  Live and learn. 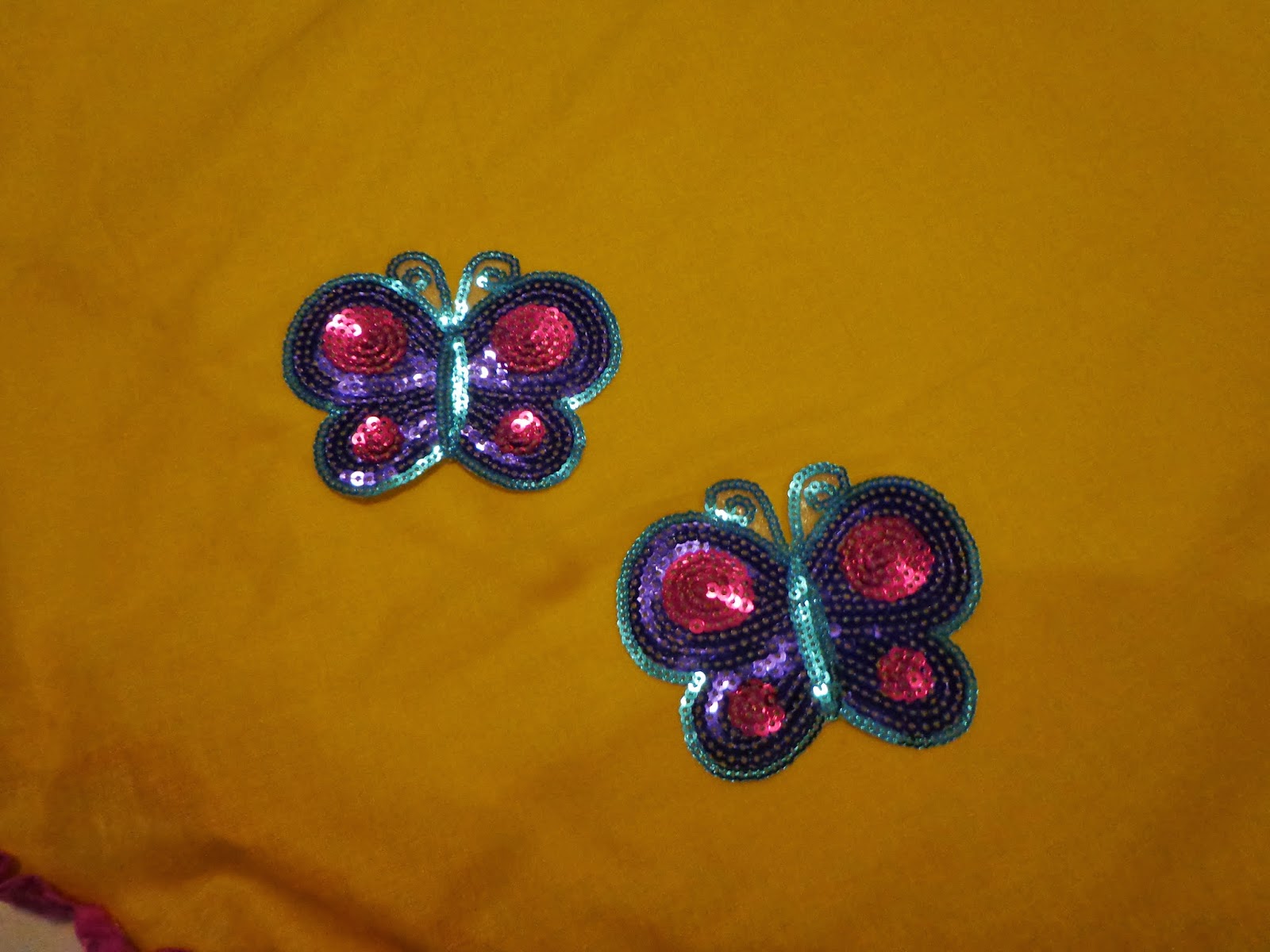 The final step was ironing on the butterflies.  I love the butterflies, I think finding them was the selling point in my decision to cos-play Fluttershy.  Aren't they just to die for?

Going to Fan Expo with just Cat I naturally didn't get any pictures of me in full costume but I am hoping to get at least a few at Hammer Town Comic Con  in a couple weeks.


In a separate note, this month's Cephalopod Coffeehouse is on Friday, September 27.  We would love to have you join us in reviewing the best book you have read in the last month.