March 26, 2012
On Saturday my friend Mike and I headed out of town for an afternoon of wine, food and beer in Hamilton.  Which worked out well as a) life has been less than pleasant lately and b) the weather was crappy.  We met up at Yonge and Queen in Toronto and after listening to me voice my opinion about dealing with stupid people and shuttle buses before I had coffee in the morning we grabbed the street car and headed over to Jarvis, where we walked a block (possibly half a block) south to a delightful coffee shop (the name of which I cannot remember) that was full of delicious smells and great coffee.

We wondered over to St Laurence Market and grabbed peameal bacon sandwiches for the trip to Hamilton before heading over to Union Station.  Now, the original plan was to take the GO train out to Hamilton but our timing worked out that the bus was leaving sooner (and when you have coffee and great company what's the difference) so we switched plans.


We hit Hamilton with a little over an hour to spare and so decided to walk from the GO station over to the festival...on the other side of Hamilton.  Which under normal circumstances is fine, I mean I walk a lot, and pretty much guaranteed anytime we get together there is a ton of walking involved.  However if you know, or follow me on twitter then you already know that I hurt my back last weekend.  So even in sensible shoes (which I was wearing for once) the 45 minute hike stroll through Hamilton left me in pain and slightly cranky.

That's not to downplay the city itself at all, which is beautiful.  It was an enjoyable walk outside of my back.  I wish I hadn't been so distracted and had taken more pictures. 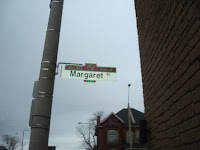 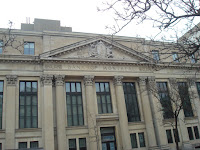 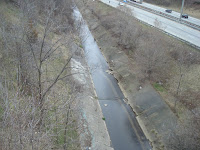 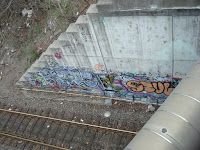 Upon beginning our tour of the Drink and Food Fest my first stop was at Munro Honey & Meadery where after a brief conversation with the very friendly gentleman running the booth about the difference between Mead and Sweet Mead and a tiny taste of both, (Sweet Mead rather tasted like liquified honey to me, even I can't handle that kind of sweet) I traded some sample tickets for a glass of Mead.  I also vowed to come back later to buy some gourmet honey for Ace as he is honey obsessed and it looked really yummy.  (Thankfully I did not forget this as it is really yummy)

Our next stop was Cupcake Diner where I got a to die for After Eight cupcake.  Which I may have shoved in my mouth all at once...it was just a little cupcake like a mini muffin.  I am usually not a big fan of cupcakes, at least not from cupcake shops as they tend to be overpriced, not taste all that great and not look like anything special.  But these were adorable, and it was soo delicious (just so you know that was said in a voice as I typed as this cupcake was THAT GOOD)  We hit Cupcake diner again before we left and I got a Cookie Dough cupcake the second time, it was good but not as good as the After Eight.

I was still wiping the cupcake crumbs off my mouth as Mike was talking to the guys from Grand River Brewing.  I think I may have mentioned before that I am not a big beer fan, so I usually look to Mike for recommendations on this sort of thing so when they asked what I liked I looked at him, he didn't answer right away.  (revenge for the cat nip mouse?)  So I was honest and told the guy I didn't like beer.  He got me to try their Mill Race which is one of the first beers I have ever had that I can truly say I like.  It kind of tastes like coffee and chocolate, which as I'm sure you can imagine I thought was brilliant.  A few hours later we took another swing by Grand River and I tried their Hannenberg Pils which I also found very drinkable.


After a Pomegranate martini that was nothing to write home about I voted for trying some food as we had wondered by several lovely smelling tables and I was beginning to get more than a bit hungry,  (plus I'm a total lightweight)  At our first stop I got this lovely crab and lobster cake:


Now, I would love to say that I would eat at this place should I ever venture to Hamilton again (heck, I would venture there to eat at this place) but my stupid butt did not get the name of it.  I tried to figure it out from the map of the venue but all I learned was either I or the map was useless.

That was followed up by a Potato Red Pepper Chipote soup from Greensville Gourmet.  I'm going to be honest about this soup, I smelled it walking by and I instantly wanted whatever it was because it smelled so good...and then I read the sign.  It sounded gross.  But I ate it anyways because my stomach overruled my brain and I am glad it did because it was wonderful.  Spicy and creamy and all the things a potato soup should be.  I am going to hunt for a recipe for this soup.

The other beer Mike got me to try on our afternoon excursion was from Cameron's Brewing Company.   Cameron's Dark 266 which is another dark beer with a lighter taste that I found to be quite enjoyable.  I hate to say it but Mike just might make a beer lover out of me yet.


For me those were the big highlights of my day, there was more wondering around, a butterscotch square that was mostly peanut butter with marshmallows on it, some wine tasting.  Okay, so I only stopped at that wine booth because they had an English phone booth teapot (sadly it was not blue) but I did learn that this is not a good way to pick wine.  (probably would have been if it was blue)
beer cameron's brewing cupcake diner food grand river brewing Hamilton